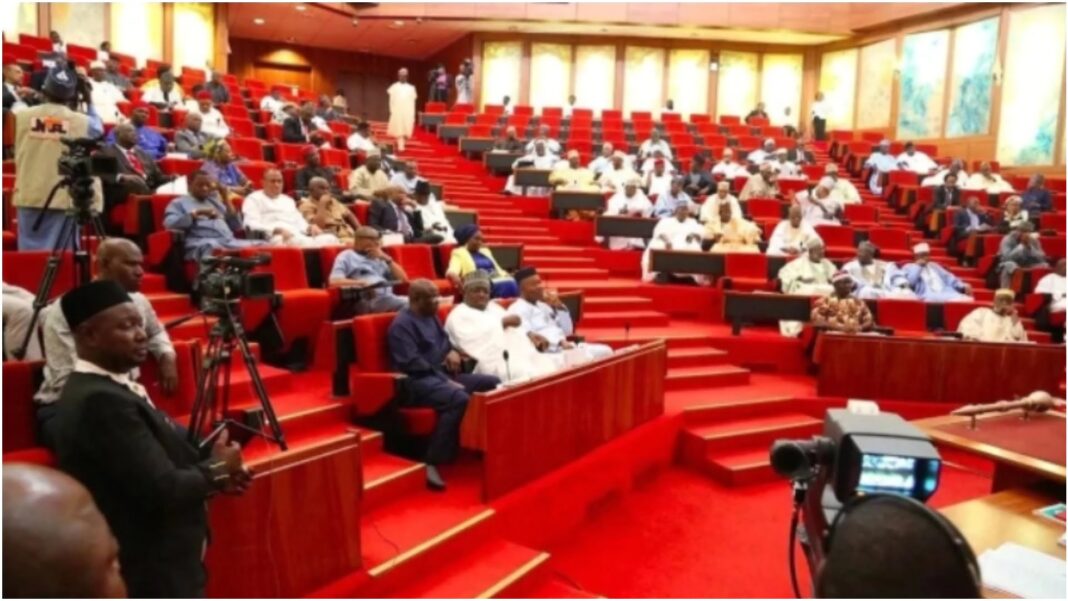 The Senate has resolved to appeal last Friday’s judgment by a Federal High Court in Umuahia, nullifying the provision of Section 84(12) of the Electoral Act 2022.

The resolution was reached during plenary on Wednesday, following the consideration of a motion entitled, “urgent need to appeal the Judgment of the Federal High Court Umuahia on Suit No.: FHC/UM/CS/26/2022 on Section 84(12) of the Electoral Act 2022.”

The motion was sponsored by Senator George Thompson Sekibo (Rivers East) and co-sponsored by 79 other Senators.

Sekibo, in his presentation, drew the attention of his colleagues to the judgement of the Federal High Court in Umuahia, Abia State, in a suit marked FHC/MU/SC/26/2022.

The judgement faulted the provisions of Section 84 (12) of the Electoral Act 2022 and declared it unconstitutional, invalid, illegal, null and void and of no effect.

Section 84(12) of the Electoral Act 2022 states as follows: “No political appointee at any level shall be a voting delegate or be voted for at the convention or congress of any political party for the purpose of the nomination of candidates for any election.”

He noted further that Section 4(1)(2) and (3) of the 1999 Constitution as amended vested the power of lawmaking for the Federal Republic of Nigeria on the National Assembly.

He argued that in furtherance to the powers vested in the National Assembly, the 1999 Constitution under the roles of the Executive in Item D, which deals with political parties in Section 228(a)(b) and (c) confers more powers on the National Assembly, particularly on political parties and effective management of the electoral process by the Independent National Electoral Commission (INEC).

See also  Why North is Imploding

He noted that the Electoral Act 2022 enacted by the National Assembly followed due process, adding that Section 84(12) of the Act exclusively refers to nomination conventions and congresses called for candidate selection and not a participation in the general election which Sections 66(1)(f),137(1)(g) and 182(1)(g) referred to.

According to him, the interpretation of the meaning of the words ‘civil service’ and ‘public service’ in Section 318 was unambiguous, saying, “there’s a difference between the civil service or public service and political appointment.”

He added that “the Senate of the Federal Republic of Nigeria should show concern on the judgment especially when she was not given opportunity to represent herself in a matter such as this that emanates from her legitimate functions.”

Sekibo warned further that, “letting the judgment go without concern will become a precedence on which any person could go to court and obtain a judgment to ridicule the good intentions of the National Assembly as an institution.”

The Senate, accordingly, resolved to appeal the judgment in suit FHC/MU/SC/26/2022 for the court to set aside the judgment, noting that same was reached without due consideration of the Constitutional interpretation in Section 318 of the 1999 Constitution as amended.