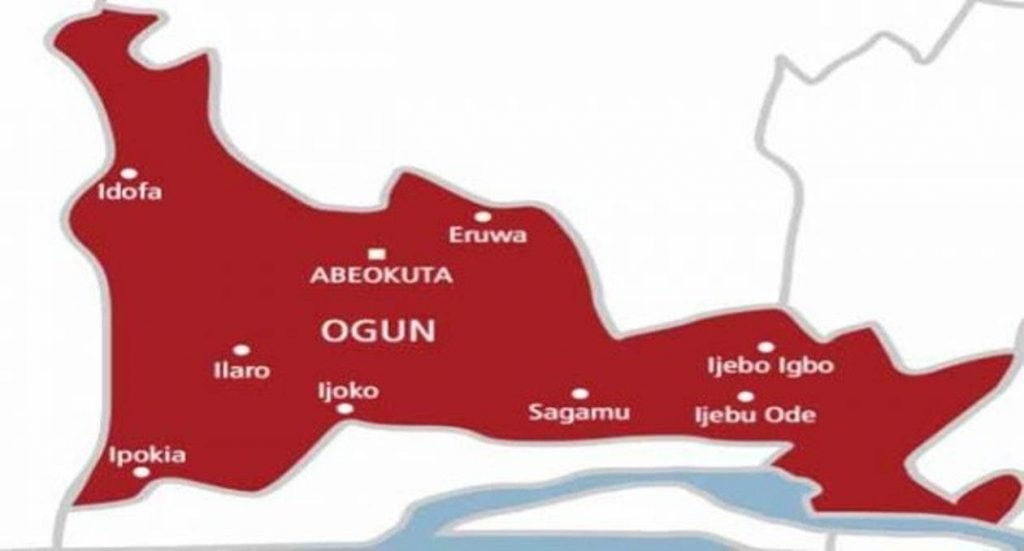 Four suspected thieves were, on Wednesday, stripped by an angry mob for allegedly looting a poultry farm in Ogun State.

The AGENDA NEWS learnt that the four young men were arrested by local vigilantes in Ijebu North-East Local Government Area of the State.

They were reportedly nabbed on Tuesday night by the vigilante in Erunwon area.

It was gathered that a worker at the poultry farm had invited three of his friends to join him in carting away chickens, feeds and others from the farm.

However, luck ran against them as a resident of the area alerted the vigilante, who apprehended the worker and his invited accomplices.

On Wednesday morning, the four men were hijacked by the mob who stripped them naked, while asking them to raise the stolen chickens as they took their photographs with phones.

The suspects, it was said, had been handed over to the police in Erunwon.

“They looted a poultry farm, stole over a hundred chickens, several bags of chicken feed, as well as other items.

“They have been handed over to the Divisional Police Officer in Atan, the headquarters of Ijebu North-East Local Government,” the source said.

Contacted, the Police Public Relations Officer in Ogun, Abimbola Oyeyemi said he had not been briefed about the incident, promising to revert after getting details.