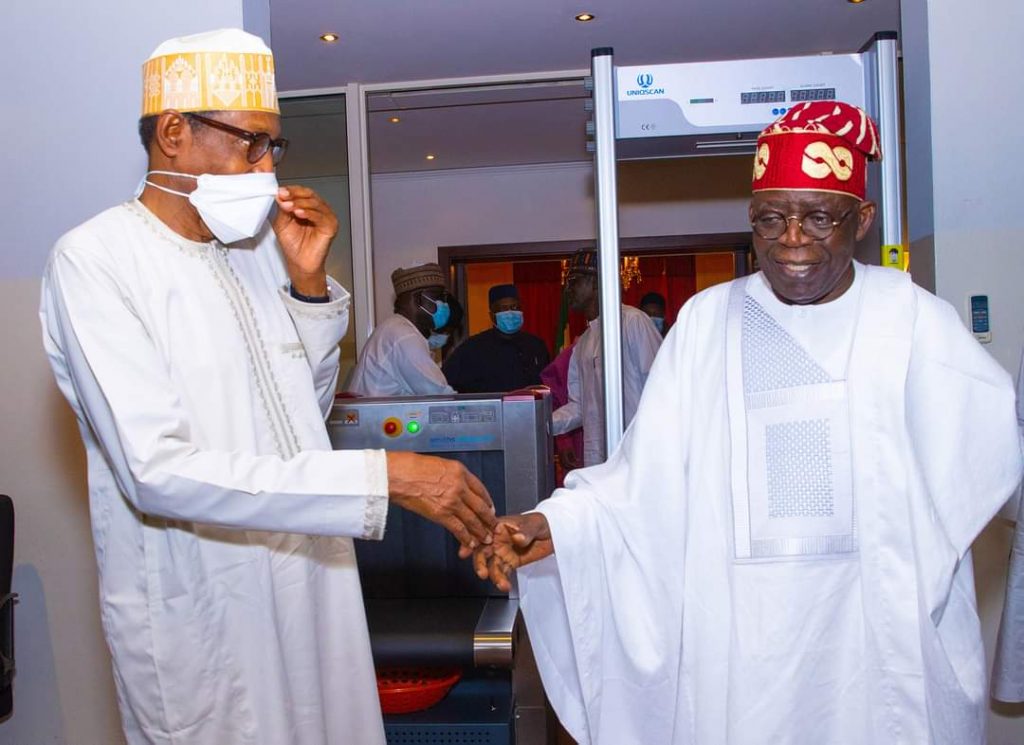 President Muhammadu Buhari, on Thursday, hosted the founding members of the All Progressives Congress (APC) ahead of the 2023 political season.

The parley was held at the Presidential Villa in Abuja, the nation’s capital.

Buhari met the leaders at the State House ahead of Saturday’s national convention.

Others include Chief of Staff to the President Ibrahim Gambari; Secretary to the Government of the Federation Boss Mustapha and APC Caretaker Chairman Mai Buni.

Earlier in the day, Buhari and principal officers of the National Assembly.

The APC convention will take place at the Eagle Square. Security is heightened around the area, which will be cordoned off from Friday night.