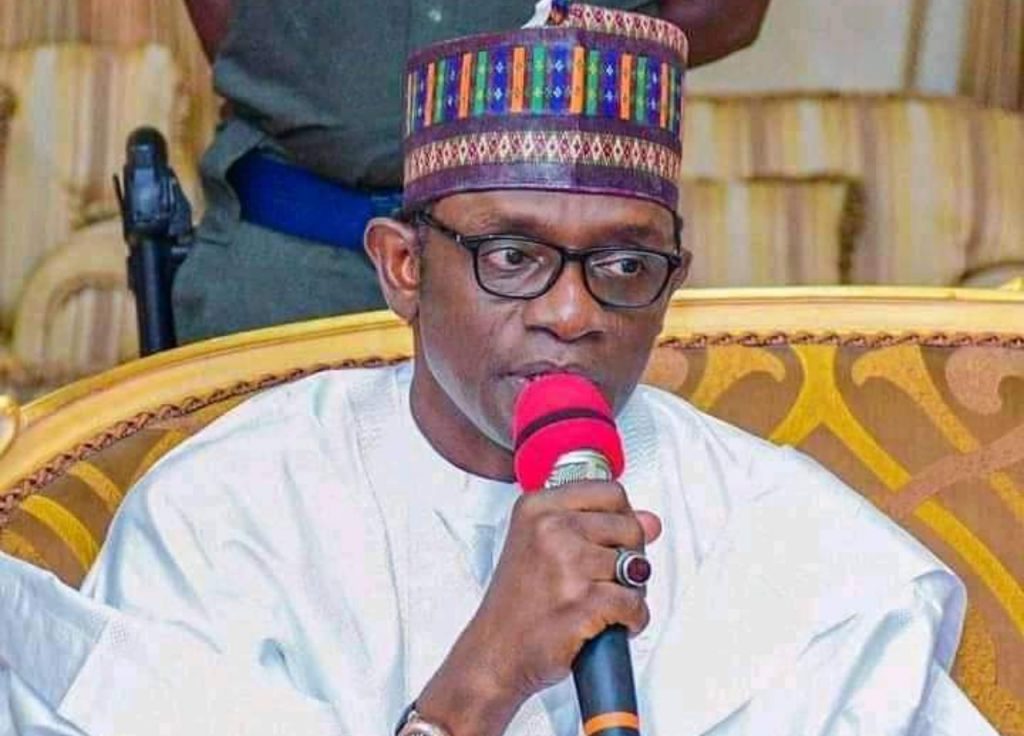 Mamman Mohammed, DG Press and Media to Gov. Buni made this known in a statement made available to The AGENDA NEWS.

According to the statement, Governor Buni and the caucus deliberated on issues associated with the convention, with the Senators pledging to support the party for a successful conduct of the convention.

They pledged their loyalty to the leadership of the party, saying that they were also in support of all decisions taken by the party to enhance unity and victory for the party.

Responding, Governor Buni commended the caucus for supporting the party, assuring that adequate measures have been taken for a hitch-free convention.

In another development, Governor Buni in company of Governors of Niger and Plateau States, on Thursday, inspected the ongoing arrangements at the Eagle Square, venue of the convention.

Plateau State Governor and Chairman of the Venue Sub-Committee, Barr. Simon Lalong, took the Chairman round the square to show the level of preparations for the Saturday convention.

Governor Buni expressed satisfaction with the preparations saying, “it is good to go”.