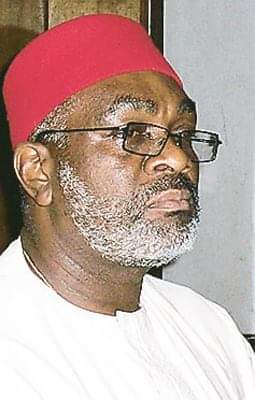 It would be easy to argue that every Igbo reserves the right to choose whether to align with majority of Ndigbo in seeking to present an Igbo for the presidency of Nigeria or to choose to support another from another part of Nigeria, but it won’t be right to condone the treacherous adventures of Senator Ben Obi, who is, through his recent actions, proving that the title of Ojeligbo, which he goes by was erroneously given to him. Ojeligbo is a short way of saying Ojeligbo ozi, which translates to, a messenger of the Igbo.

A messenger is not just someone who delivers a message on behalf of a people or organization, but someone who is trusted enough and deemed humble and selfless enough to represent the interest of the people or be sent ahead to negotiate on behalf of those people. Before now, it could have been argued that Ben Obi lives true to the demands of his title, but that could be because there have not be any serious test to his faith and loyalty to Ala Igbo and indeed, the Nigerian union.

A true Messenger of the people must be ready at all times to put his people’s interests above his own personal interests. And when there is a conflict between his personal or group interests and those of the masses of the people, he should be patriotic enough to go with the people or drop his title or that office that confers on him the privilege to speak for the people and defend the people. Few weeks ago, Ojeligbo Ben Obi was all over the place campaigning or identifying with those campaigning for the most patriotic campaign at this time in our history – allowing the Igbo of Southeast Nigeria to produce the next President of Nigeria, but, as soon as his principal and longtime political benefactor threw his hat into the presidential race, Senator Ben Obi discarded his highly revered title of Ojelu Ndigbo Ozi and suddenly became Ojelu Atiku Ozi.

One cannot dispute, logically, his and his co-travelers right to break ranks with their people and pursue interests that are personal to them, but, it would be morally wrong and reek of impersonation and sabotage for them to go about these personal and anti-Igbo campaign as if they are doing so for Ndigbo or with the consent of Ndigbo. It would be right to warn these otherwise eminent Igbo sons and daughters, to wepu aka onwe na ofe tupu ya aghoo aka mmadu.

Few days ago, I intercepted an unaddressed letter inviting some people to a media event on the 31st of March in Enugu, and I couldn’t help but curse out at the name under which this invitation is being circulated. AHAMEFULA II. And while the content of the letter says that the event is geared at advancing the argument for Southeast Presidency in 2023, it was easy to agree with those who believe that this is simply a subterfuge to market a Northern presidential aspirant who would use an Igbo as his running mate.

His Excellency Okwesilieze Nwodo who signed this letter of invitation is a known lackey of His Excellency Atiku Abubakar and one of the prominent Igbo faces at the latter’s declaration ceremony few days ago in Abuja. Senator Ben Obi who was Atiku’s running mate in his 2007 failed presidential contest is also a known headliner of this anti-Igbo event. It will therefore not be out of place to request that these Igbo leaders desist forthwith from parading themselves as representing Ndigbo or speaking for them, they are free to support whomever they want to and whichever Party they are comfortable with, but it should definitely not be in the name of Ndigbo.