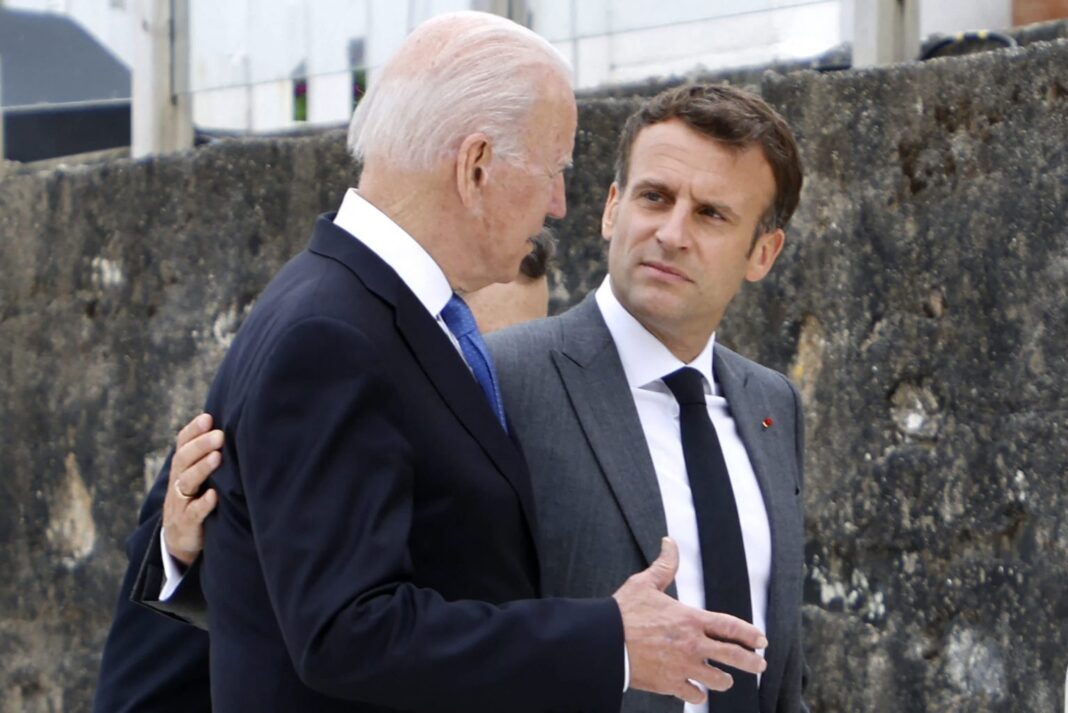 “I wouldn’t use terms like that because I’m still in talks with President Putin,” Macron said during an interview on French Channel, France 3.

Biden had on Saturday issued intense criticism against Putin during his meeting with Ukrainian refugees in Warsaw, Poland.

Biden, who looked to have initially ditched his personal rivalry with Putin, ramped up his rhetoric against Russian President over the last 10 days.

For the first time, he called Putin a “war criminal” last week and then later referred to him as a “murderous dictator, a pure thug who is waging an immoral war against the people of Ukraine.” He’s also called the Russian invasion of Ukraine “inhumane.”

Macron added: “Our goal is to stop the war Russia launched in Ukraine, while avoiding a war and escalation.”

Before the start of Russia’s invasion of Ukraine, Macron emerged as a central figure in Europe’s diplomatic efforts to diffuse the situation between Moscow and the West.

The French leader repeatedly engaged with Putin to try and avert the war.