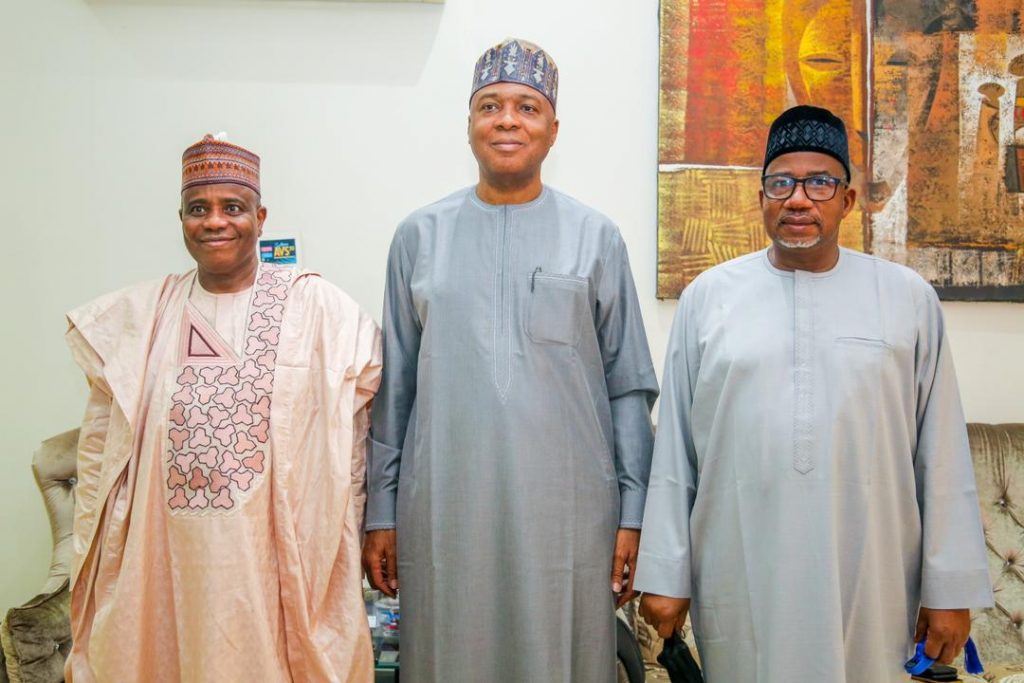 The PDP stakeholders were in Taraba State as part of consultation for the party’s ticket in the forthcoming 2023 presidential polls.

The AGENDA NEWS earlier reported that Saraki, Bala and Tambuwa were in Makurdi, the Benue State capital consulting Governor Samuel Ortom on their ambitions.

Saraki, the former governor of Kwara State, who made this known in a post on his verified Facebook page, said part of their discussions at the meeting was the need for consensus-building.

He said, “As we work to unite ahead of the PDP presidential primaries, earlier today, alongside my brothers, Governor Bala Mohammed of Bauchi, and Governor Aminu Waziri Tambuwal of Sokoto, we visited our dear friend, Governor Darius Ishaku of Taraba State.

“At the meeting, we discussed the need for effective collaboration in our party and across the country, while also conveying to him our thoughts on the need for consensus-building moving forward.

“We are pleased with the level of consultations so far, and we look forward to discussing further with other leaders and stakeholders in our great party”.