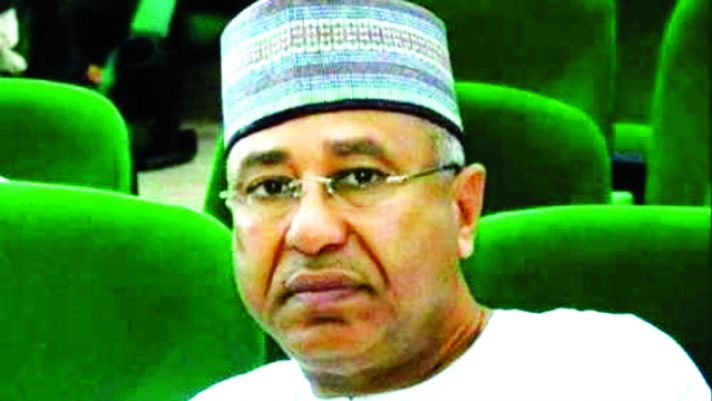 It was a national day of mourning yesterday, as names of those involved in the Kaduna-Abuja train terrorist attack began to trickle in.

There were about 970 passengers on board the train, according to sources familiar with the train service, when it was attacked, but the death of eight passengers has been confirmed as search and rescue efforts continue.

The victims include the Secretary-General of the Trade Union Congress (TUC) of Nigeria, Barrister Musa-Lawal Ozigi and Kwara State Chapter Chairman, Akin Akinsola.

Confirming their deaths, President of TUC, Quadri Olayeye, in a statement, yesterday, said the deceased were on their way to Kaduna for an official assignment slated for Tuesday, March 29.

The statement said Ozigi served in the capacity of General Secretary, Construction and Civil Engineering Senior Staff Association (CCESSA), an affiliate of TUC for almost two decades before he joined the Congress in 2012. Also, the news of Tibileri Mosugu’s death in the ill-fated Kaduna-bound train has rattled the sleepy but homogeneous Ogori community of Ogori-Magongo Local Council of Kogi State.

The victim was said to be the son of popular Dr. Samuel Mosugu, SAN, who’s the Otaro Igoli Udeji 111, of Osobane, Ogori.

A family member, Orayen Nathaniel Mosisuga, who is based in Abuja,  described  Mosugu as “one of the most wonderful persons created by God. A gift to cut short in his prime.”

Another close associate of the late lawyer, Sunday Adamadosi Alao, described the deceased as “a refined gentleman, eloquent and fearless Barrister at Law ‘tigure’ and rest in peace.

See also  2023: I Will Withdraw From Presidential Race If PDP Zones Ticket To The North – Wike

“To all Ogorians, this is a big loss to us, I pray that the Almighty God will comfort all of us, especially the immediate family and the entire Mosugu family.”

A director at the National Board for Technical Education, (NBTE), Kaduna, Abdul Isa Kofar-Mata was also killed in the terrorist attack.

Kofar-Mata, 51 year Kano indigene was returning from an official assignment from Abuja.

A close friend of the late victim, Ibrahim G. Maryam, who confirmed the sad incident told The Guardian that the family of Abdul was contacted by the National Hospital, where the corpse was taken. His corpse is expected to arrive in Kano from Abuja for burial, Maryam said.

While she described the late Abdul as a perfect gentleman, Maryam told The Guardian on the telephone that the deceased was instrumental in the accreditation of several academic courses at Kano State Polytechnic, where he graduated.

“ It is a painful loss to Kano because Abdul is instrumental to education development in Kano. We both studied at Kano poly before he moved to Bayero University.

He used his position at NBTE to facilitate the accreditation of academic programs at Kano poly.

“ It is unfortunate that we lose him in the train attack. We were together in Kano on Sunday before he travelled to Abuja for an official assignment. He was on his way back to Kaduna when the incident occurred. I pray his gentle soul rest in paradise.”

Late Abdul left behind their wife and three children.

Sources also said that out of 15 patients brought to St. Gerald’s Catholic Hospital in Kaduna, two had been confirmed dead, including a lady medical doctor with the hospital, Chinelo Megafu.

Megafu, a member and patron of Parcelmedico, graduated from the University of Port Harcourt and was employed at St. Gerald Hospital in Kaduna.

An aide to the former Deputy Governor, who confirmed the report, told Channels Television that Wakkala, who was returning from the APC National Convention, was shot during the gun battle between the terrorists and the military.

Yusuf Idris, the spokesperson of the All Progressives Congress (APC) in Zamfara State, said the ex-Deputy Governor was initially abducted by the terrorists during the attack and was successfully rescued by the combined forces of DSS and the Military.

He said: “He was initially abducted but was rescued by the DSS and military, it was during the process he sustained a gunshot injury in the leg. He is very okay now, he is receiving treatment at a hospital in Kaduna State.”

Also, the Managing Director Of Nigeria’s Bank Of Agriculture, Alwan Ali Hassan, has been confirmed as one of the passengers abducted by bandits after they successfully blew up the train and immobilised it.

It was learnt that the terrorists used cars to move the kidnapped persons away.

A former federal lawmaker, Shehu Sani, on Tuesday, said the terrorists abducted a “white man” and killed several others.

He also said the terrorists targeted the Business Class coach of the train.

He said: “ I just spoke with a survivor, who is a civil servant working with a public Library, she narrated that the terrorists specifically targeted the business class coach. They kidnapped some persons including a white man and killed those who resisted, while she pretended to be dead.”

MEANWHILE, families and sympathisers of victims of the attack yesterday, besieged  Saint Gerald Hospital and other health facilities in Kaduna, while the State Government said that the evacuation of trapped passengers have been concluded.

According to the Government, the evacuation of passengers on the trapped Kaduna-bound train from Abuja was concluded yesterday morning by security forces, officials of Kaduna State Emergency Management Agency (SEMA) and Nigerian Red Cross.

The Commissioner For Internal Security and Hine Affairs, Samuel Aruwan in a statement, said the passengers who sustained injuries, and other fatalities, had been moved to hospitals.

Among the hospitals visited by The Guardian were Saint Gerald Chatholic Hospital where many of the victims were admitted and treated; Barau Dikko, Gwamna Awan Hospital and other private hospitals in the metropolis.

A survivor, Abdullahi,  described his experience, thus: “When the explosives went off, the earth shook, after which the terrorists began to rain bullets on the train.”

According to him, “the passengers in the train who were about a thousand, fell on one another when the train derailed. The terrorists surrounded the coaches and shot sporadically.

“Many were wounded. Some were hit by bullets as they closed in, trying to

“As the confusion heightened, many ran into the bushes on both sides of the track. It was by the will of Allah that I survived,” he added.