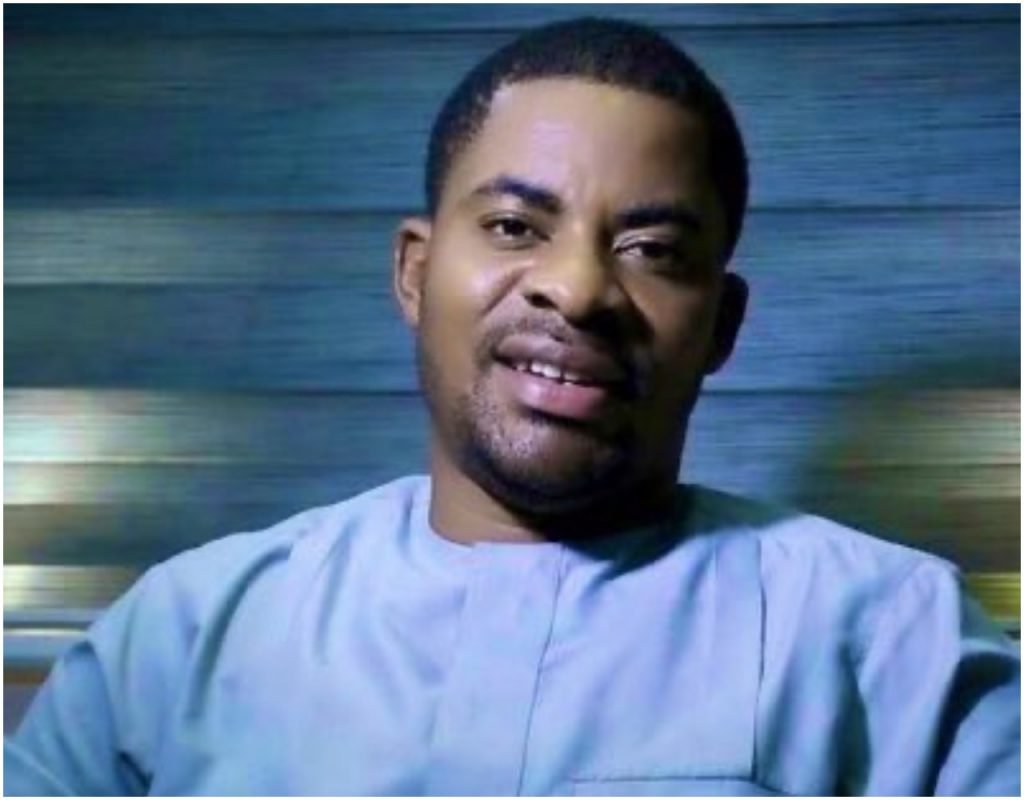 Deji Adeyanju of the Concerned Nigerians advocacy group, has raised an alarm over the state of insecurity in Nigeria.

Adeyanju lamented that Nigeria is currently bleeding due to the activities of bandits and kidnappers.

He called for the establishment of a special anti-terrorism and anti-banditry unit.

Lamenting that the insecurity situation has overwhelmed the security agencies, the Abuja-based activist, noted that Nigerians can no longer travel safely by air, road, and rail.

The Abuja-based lawyer spoke in an open letter to President Muhammadu Buhari on the state of insecurity in Nigeria.

Citing the bandits’ attack on a train along the Abuja-Kaduna route, the activist said criminals have devised means of attacking Nigerians travelling across the country.

According to Adeyanju: “It is no longer news that Nigeria is presently being ravaged by insecurity, and Kaduna State is gradually becoming the capital of insecurity in Nigeria. As the President of the Federal Republic of Nigeria and a one time resident in Kaduna, a city where you spent the bulk of your youthful days, it is imperative that we draw your attention to the carnage currently ravaging our country, as it appears that your aides do not bring these issues to your attention.

“Mr. President, Nigeria is bleeding. For some time now, bandits have taken over the entire North-West, North-East and North-Central Nigeria, while kidnappers are having a field day in the Southern part of the country. Sadly, the situation appears to have overwhelmed the nation’s security architecture. In an attempt to avoid being caught in the crossfire, citizens have often resorted to rail and air transportation. However, it appears that as the citizens’ device other means of staying safe, the criminal elements equally device other means of causing mayhem to innocent citizens.

“The resultant effect of these criminal acts is the recent attacks on the Kaduna airport and the Abuja-Kaduna rail line. As of today, the average Nigerian cannot travel by air, road or rail to Kaduna. The state has been literarily cut off from the country. Sadly, the security situation in Kaduna is just a reflection of what is happening in the entire country.”

The activist urged Buhari to take decisive action against bandits and criminals in the country.

He stressed that the security architecture and intelligence unit of the country have failed.

Adeyanju called on the President to reorganize Nigeria’s security architecture.

“It is, therefore, time for you to take decisive actions, Mr. President. Our intelligence units have failed. Our armed forces are overstretched. The average Nigerian is left at the mercy of bandits and kidnappers. Sequel to the foregoing, we, therefore, call for the total reorganisation of our security units in order to effectively tackle the present insecurity.

“We suggest that a special anti-terrorism or anti-banditry unit be created. In addition to the foregoing, we suggest that an executive bill be immediately sent to the National Assembly with a view to amending the Constitution toward the creation of state police. Lastly, the government must address the root cause of the insecurity by providing employment and basic amenities for the average Nigerian.

“Mr. President, please remember that the protection of life and property is the government’s primary responsibility!