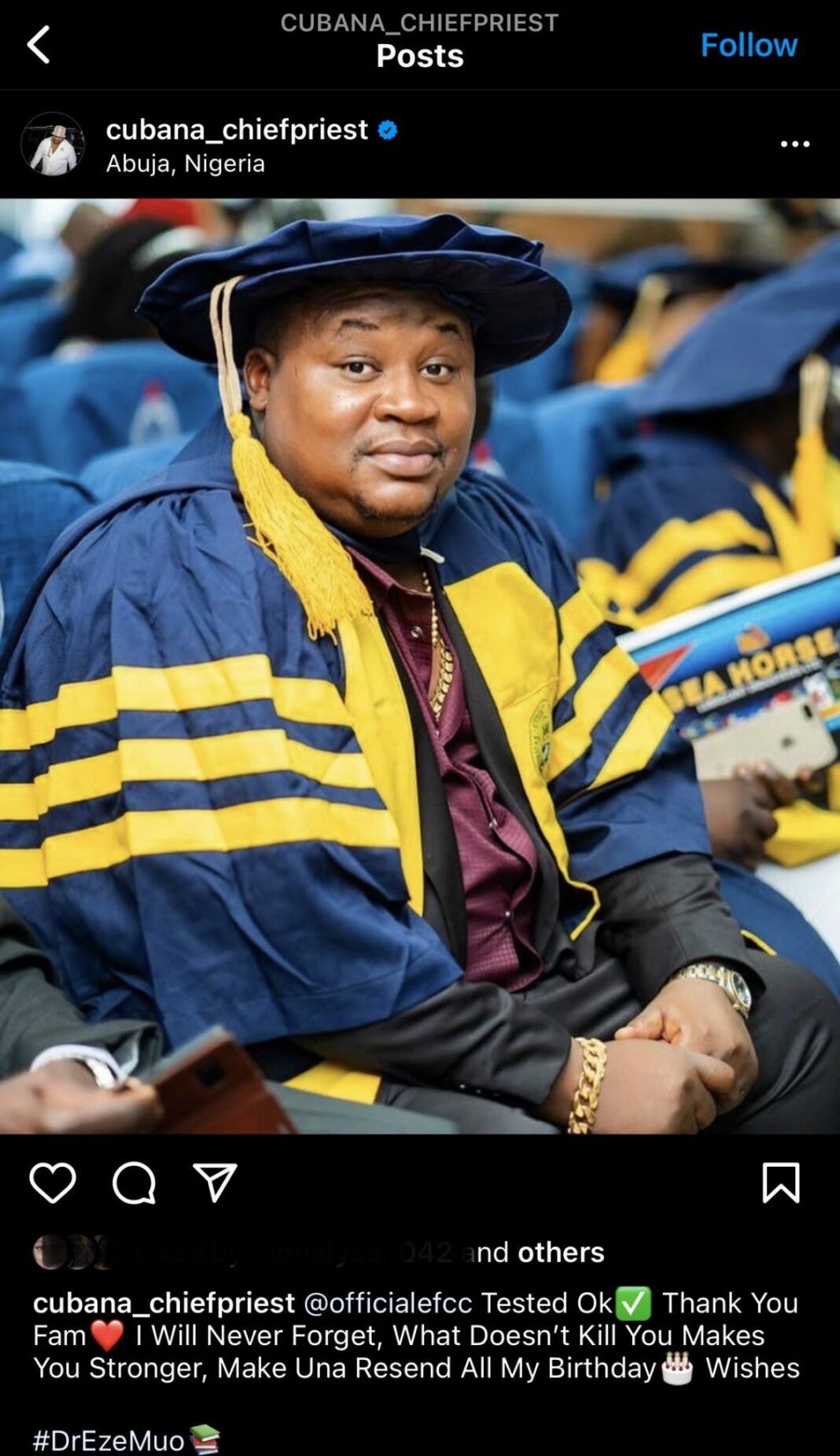 The ATLANTIC REPORTERS reported that Cubana Chief Priest was arrested at the Nnamdi Azikiwe International Airport on his way to Owerri, the Imo State capital.

He was quizzed by the anti-graft agency over alleged tax fraud and money laundering.

He hosted an Instagram live session with Obi Cubana confirming his release.

Speaking after his release, the celebrity barman took to his Instagram, saying he has been tested okay by the EFCC.

His post read: “EFCC tested Ok,Thank You family, I will never forget.

“What doesn’t kill you makes you stronger, make Una resend all my birthday wishes.”