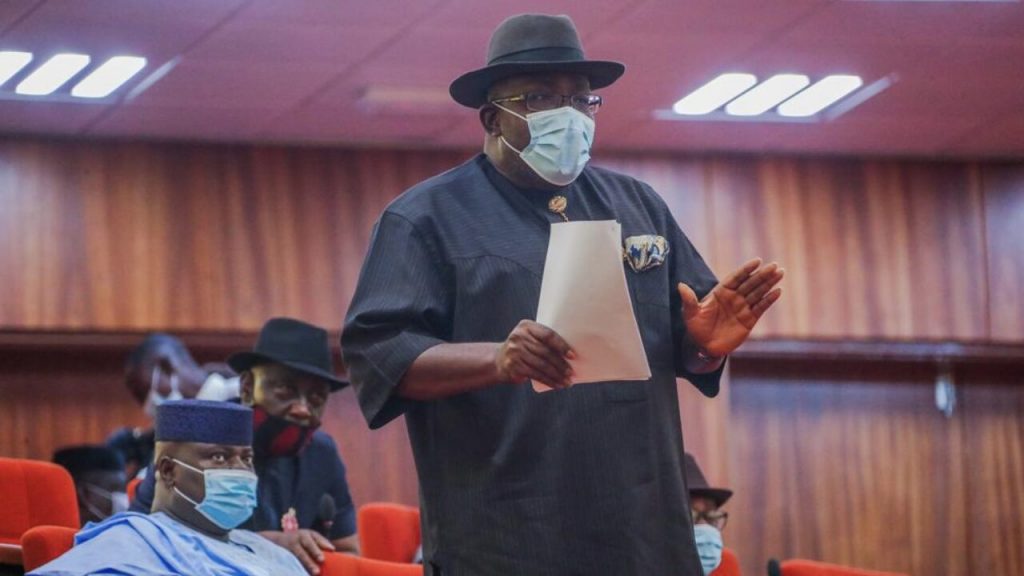 The call was contained in a motion sponsored by Senator Seriake Dickson (Bayelsa West).

The lawmaker, in his presentation, noted that the late Harold Dappa Biriye coordinated the activities of the Rivers Conference of Chiefs and people’s conference and participated in the pre-independence conferences in Nigeria and abroad particularly the 1957/58 constitutional conference leading to the appointment of the Willinks commission.

Dickson observed that his (Biriye’s) party, the NDC was in alliance with the NPC and he collaborated with his contemporaries, his friends and allies like Sir Tafawa Balewa, the first Prime Minister, Chief Nnamdi Azikiwe, Chief Obafemi Awolowo and Ahmadu Bello in the Pre-independence struggles.

According to him, the Late Harold Dappa Biriye all through his adult life until his death fought for the Niger Delta people and all Nigerians, saying he “was a quintessential Nigerian who lived a good life promoting national unity, understanding and cohesion”.

He recalled that the late Biriye collaborated with other leaders of Nigeria and the Head of State at the time, General Yakubu Gowon, in managing the issues and agitations of the Niger Delta leading to the creation of Rivers State and also negotiated the release and pardon of Isaac Adaka Boro who later joined the Nigerian army and died fighting for Nigeria.

He further noted that he served as an adviser in the cabinet of the new Diete Spiff administration to stabilise the new government following the creation of Rivers State until the return to politics.

“He collaborated with General Gowon, General Murtala Mohammed and all leaders and heads of state, including General Obasanjo at the return of democracy.”

He said until his death, Harold Dappa Biriye was the founding Chairman of the board of trustees of the ljaw National Congress and was deputized by Pa E.K. Clark who took over after his death.

He stated that the Henry Willinks Commission of 1957, which Biriye fought for and pushed, informed the establishment of the Niger Delta Basin Development which later was replicated in other regions in the country.

He added that Biriye “offered advice to President Olusegun Obasanjo’s Administration on how to restore peace to the Niger Delta region and was therefore one of the leaders that facilitated the establishment of the NDDC.”

Senator Dickson noted that following the establishment of the NDCC, the Federal Government and the management of the NDDC with the support of the Rivers State Government led by Sir Dr. Peter Odili, who was one of the several political proteges of Harold Dappa Biriye, decided to name the NDDC temporary Headquarter donated by the Rivers State Government, after him, as a mark of recognition for his services to the Niger Delta people and Nigeria at large.

He lamented that, “unlike his colleagues and contemporaries who fought for Nigeria’s independence, whose names and images adorn our national currency and strategic national assets, Harold Dappa Biriye has nothing in his name order than this.”

The Senate, accordingly, in its resolution, urged the President, Commander-in-Chief of the Armed Forces of the Federation to direct the appropriate authorities to name the NDDC permanent building after Harold Dappa Biriye.