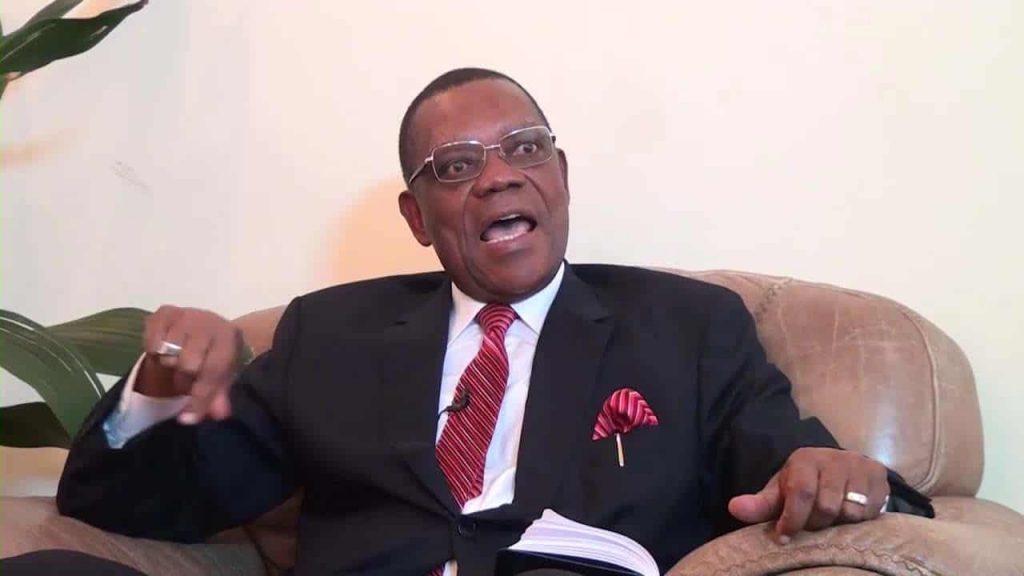 A former Minister of Petroleum and a chieftain of the All Progressives Congress (APC), Chief Don Etiebet has said that the National Working Committee (NWC) led by Senator Abdulahi Adamu has no locus to overturn the decision ratified at the March 26 convention.

Recall that Adamu recently sworn-in the Mr. Stephen Ntukekpo-led faction as the duly elected executive of the party in Akwa Ibom State.

It was based on this that the former National Secretary of the Caretaker/Extraordinary Convention Planning Committee of the APC, Senator John Akpanudoedehe wrote a letter to Adamu and threatened to sue him for swearing-in Ntukepo.

He claimed that his action was done in breach of an order of the Court of Appeal, which had ordered maintenance of status quo.

However, speaking at the declaration of Akpanudoedehe to contest the governorship seat in the State at the weekend in Uyo, Etiebet insisted that Adamu swor-in Ntukepo because he was misinformed.

His words: “APC erroneously, mistakenly sworn in an impostor as the chairman. The national leadership in performing that was deceived, ill-informed and we have taken immediate steps to inform them properly.

“We wrote a letter to the national chairman and said all what he was told were lies and he has taken cognisance of that. And our adversaries who are good at telling lies have brought out a court order that his factional chairman should be sworn in. A man who didn’t attend the Congress, couldn’t have been elected.

The Appeal Court has said the status quo before the high court order was given be maintained.

“What is the status quo: that (Augustine Ekanem has been sworn in along with 35 others by the CECPC. So, the new NWC has no locus or power to override the national convention.

“The people who are best at telling lies, whose character is in telling lies, have said the party has withdrawn its appeal in order to dismiss the appeal. The CECPC took the step to appeal the order of the High Court. It didn’t withdraw its appeal.”

Etiebet, therefore, urged party members not to be dismayed by the shenanigans of those he described as disgruntled elements, who have gone to Abuja to parade themselves as the authentic Chairman of Akwa Ibom.

According to him, “They can only parade a Court order given in error. So, don’t be disillusioned. God says if you tread on the path of righteousness, he shall always be with you. So, God is with us because we are on the right path.

I urge you all not to be dismayed. Continue with your campaigns, don’t waver and you shall triumph.”

On his part, the Chairman,Rescue Team, Archbishop Samuel Akpan said after Akpanudoedehe had completed his assignment in Abuja, he had been reassigned to serve as the next Governor of Akwa-Ibom State.

He said, “We are calling you to come and rescue Akwa-Ibom from lawlessness. So, on behalf of Akwa-Ibom people, I hereby present Akpanudoedehe who never betrayed his former boss, Governor Buni to come and take the challenge and contest the governorship of Akwa-Ibom.”