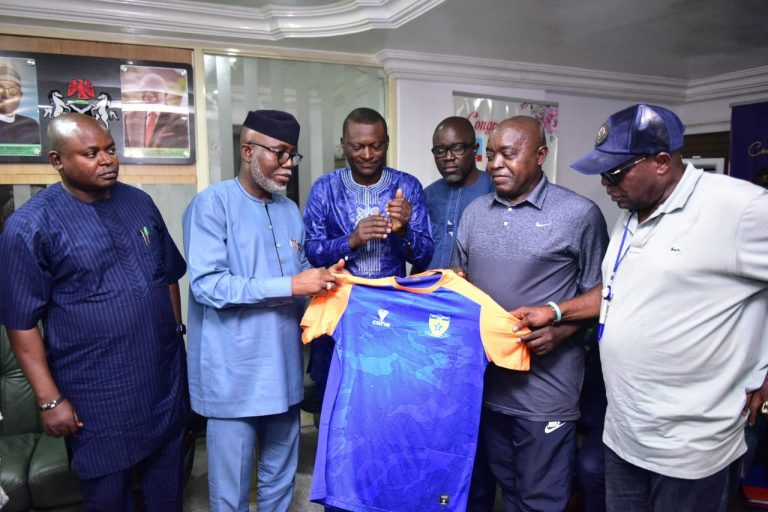 Following months of banishment from the Dipo Dina Stadium in Ijebu-Ode, Ogun State, over match violence, Sunshine Stars of Akure have returned to Akure township stadium.

With the development, a new coach for the football team was also unveiled.

Mr Aiyedatiwa also announced the return of the Sunshine Stars to the Akure sports complex after they were transferred to the Dipo Dina Stadium in Ijebu-Ode, Ogun State, due to match violence.

To avoid another sanction, he urged the team’s supporters to be peaceful during all home games.

Ayedatiwa noted that all football stakeholders, including the referee association, stewards, and supporters club, had been fully sensitized on the need to avoid another sanction before the return of the Sunshine Stars to Akure.

Wahab Bankole, chairman of the Sports Writers Association of Nigeria, Ondo State chapter, praised the three-man committee in charge of the ODSFA, led by Mr Aiyedatiwa, for reviving the Sunshine Stars from the brink of relegation to a title contender.

Bankole promised that the pen pushers would back him up in objectively reporting on the actions of the state-owned football teams.

Sunshine stars are now in sixth place in the Nigerian professional league table and will face league leaders Rivers united in a matchday 24 play at the Ondo state complex on Thursday.