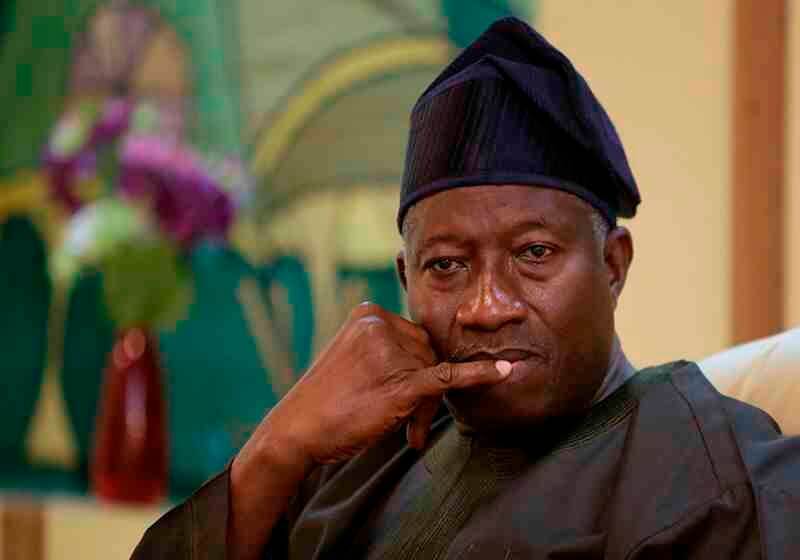 Former President Goodluck Jonathan has been cautioned by the Human Rights Writers Association of Nigeria (HURIWA) to abandon his aspirations to run for President in 2023.

Rumours are circulating that the former President has not to register his interest because the All Progressives Congress, APC, has not assured him that he will run as the party’s consensus candidate.

According to other rumors, Goodluck Jonathan is seeking President Muhammadu Buhari’s endorsement or consent to join the APC and run for the party’s only ticket.

Jonathan did not deny his intention to run for president in 2023 when he addressed his supporters in Abuja a few weeks ago, telling them to be on the lookout.

Jonathan declared unequivocally that the political process around his plan to run for president in 2023 is still underway.

Many Nigerians feel Jonathan was used as a weapon by Northern APC chieftains to shorten the time the South would be in power, despite the fact that he had previously spent four years as an elected Southern president.

Jonathan was the first casualty of the APC’s 2014 merger of several political parties and political bigwigs, as he became Nigeria’s first democratically elected President to be defeated in an election and ousted from office by a new administration in 2015.

With the present administration purportedly failing in all areas of governance and leaving the nation in near-total disarray, it is claimed that certain Northern APC leaders saw Jonathan as the finest candidate to sell to Nigerians, whom they would warmly embrace.

HURIWA, on the other hand, is advising the politician from Old Rivers State to stay away from the election, saying that doing so would be perceived as reversing what occurred to the Igbo in River State following the Nigerian-Biafra conflict.

“During the war, all of our parents’ residences in the state were destroyed. But my father owned a lot of homes in the north, and they were all looked after by a Northerner,” says the author.

“After the 30-month-long war, my father returned and collected the previous rent, and he was able to reclaim all of his properties.” However, River State seized all of the Igbo people’s housing holdings in Rivers. So, Goodluck Jonathan should not repeat their animosity for the Igbo after the war, because if he accepts to be the APC’s presidential candidate and wins, he would have short-changed the Igbo who gave him their all.

“If he does that, the South-South and South-East will never be at peace or be able to trust each other for the rest of their lives.” Because the events of the 1960s, when we lost so many home assets as a result of the conflict, have not been forgotten.

“So, if he tried a second betrayal by accepting the APC’s offer of only four years as President, it’s because he wants to shortchange the Igbos,” he stated.