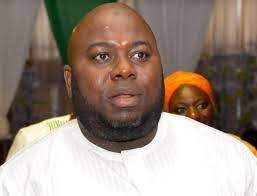 Dokubo urged Jonathan to join other political parties and not APC if he wanted to run for the Presidency again.

In a Facebook live yesterday, the former militant leader said wooing Jonathan to APC was an attempt to ridicule him.

Dokubo said he is not in support of the former President joining the ruling party ahead of 2023.

“I do not support Goodluck coming to contest election under the APC. 100%, I’m not in support. Because many of his followers fought the APC government and had gone hungry throughout this period without any aid from him. And without consultation, he will just come out.

“If Goodluck wants to stage a comeback, let him go to other political parties: YPP, SDP, etc. Why should he want somebody to anoint him before he contests the election?” Dokubo said.

On Monday, a northern group purchased the APC Presidential nomination forms for Jonathan.

The former President, who spoke through his spokesman, Ikechukwu Eze, distanced himself from the group.

However, there are fillers that Jonathan was working on picking APC’s membership card in Otuoke, Bayelsa State.