Ezenwa Ilo: Why They are Afraid of Me …Says, He Has No Business With NDLEA 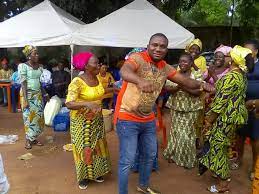 Frontline aspirant for Ohaji/Egbema/Oguta/Oru West Federal Constituency, under the People’s Democratic Party , Ezenwa Collins Ilo says those responsible for a malicious report against him were afraid of his rising political profile.

Ilo, in a Press Statement signed by his Special Assistant on Media, Obinna Obioha and made available to newsmen in Owerri said  “they are also afraid of the fact that he is set to floor them at this weekend’s House of Representatives primaries of the Peoples Democratic Party, for the Ohaji/Egbema/Oguta/Oru West Federal Constituency of Imo State.”

“Our attention has been drawn to a malicious report on social media, alleging that the people’s choice for the Ohaji/Egbema/Oguta/Oru West Federal Constituency House of Representatives seat, Hon. Ezenwa Collins Ilo was declared wanted by the National Drug Law Enforcement Agency – NDLEA.”

“The fake report, which quoted Punch Metro, without date, page or web link, alleged that “the Imo born philanthropist was implicated in a case of botched exportation of 4.6kg of Cocaine to Saudi Arabia in the first week of May 2022 through the Murtala Muhammed International Airport, Lagos,” adding that “one suspect, Nwanne Daniel who was arrested by the agency implicated Mr. Collins Iloh during investigation.”

“It further alleged that “Mr. Collins Iloh who ignored an invitation by NDLEA has been declared wanted.”

“Ordinarily, we would not have bothered responding to the fake report, but for the right of Nigerians to know, we state as follows:

See also  Not On Their Watch!

“That Hon. Ezenwa Collins Ilo is a responsible Nigerian businessman, with verifiable sources of income. He has no business whatsoever with hard drugs.”

“That his chains of businesses are all legal, and have no link with any form of criminality.”

“Hon. Ezenwa Collins Ilo is not a subject of any investigation and has no pending criminal case anywhere, within and outside Nigeria.”

“Ezenwa Ilo does not know any Nwanna Daniel, as alleged in the fake report and could not have been mentioned in a non-existent case.”

“Ezenwa Collins Ilo was not invited by the NDLEA or any other Law Enforcement Agency within and outside Nigeria; not to talk of being declared wanted.”

“The sponsors of the fake report are known rogues and bad losers, whose stock-in-trade is mischief.”

“The sponsors of the report are afraid of the rising profile of Hon. Ezenwa Collins Ilo. They are also afraid of the fact that he is set to floor them at this weekend’s House of representatives primaries of the Peoples Democratic Party, for the Ohaji/Egbema/Oguta/Oru West Federal Constituency of Imo State.”

“No amount of blackmail will stop the impending humiliating defeat starring them at the face in tomorrow’s House of Representatives primaries of the Peoples Democratic Party. Collins Ilo is the choice of the people and those fighting him are only digging their early graves, as no one can battle with the Almighty God.”

“While we seek legal counsel over the fake, sponsored report, members of the public are hereby advised to ignore it, as there is no element of truth in it.”