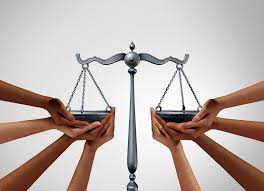 They were convicted on Monday, July 18, 2022 after pleading guilty to two count charges bordering on criminal conspiracy and theft, upon being arraigned by the Sokoto Zonal Command of the Economic and Financial Crimes Commission, EFCC.

Count two of the charges states “that you Abdulmajeed Habeeblah, male and Umar Nana Hauwau, female, sometimes in April 2021 at Sokoto within the Sokoto Judicial Division of the High Court of Justice of Sokoto State dishonestly took the total sum of N141,000.00 ( One Hundred and Forty One Thousand Naira only) from the GTB account number 0115282363 of one Maiyaki Hamza Usman by gaining g access to his Automated Teller Machine (ATM) card and email account details without his consent and thereby committed an offence of theft contrary to Section 274(1) of the Sokoto State Penal Code Law 2019 and punishable under same Law.

They pleaded guilty to the charges when they were read to them.

The convicts started their journey to the Correctional Centre when they stole the sum of N141,000 from the bank account of Maiyaki Hamza Usman in April 20221. They were prosecuted and subsequently convicted