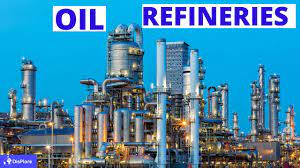 Despite being shut down, there are indications that the Nigerian National Petroleum Company Limited (NNPC) may have left over N136 billion as operational deficits across its three refineries in Kaduna, Port Harcourt and Warri. This is as concerns over delivery timeline and violations of local content law dog ongoing rehabilitation of the refineries.

Recall that NNPC had shut down the 445,000-capacity refineries for over two years, yet kept the over 1,701 staff at the facilities, as it rehabilitates the Port Harcourt refinery for $1.5 billion and those of Warri and Kaduna for $1.4 billion.

On average, NNPC spends, plus or minus, N68 billion in paying salaries and other expenses at the moribund refineries, yearly. In the last two years, the losses have amounted to an average of N136 billion.

The NNPC Chief Executive Officer, Mele Kyari, in November 2020, said the refineries were shut down, because their operations were no longer sustainable, while the overheads remained a snag on the books of the company, which is aiming to quickly return to profitability after years of loss-making.

Recall that the Federal Government had approved $1.5 billion to rehabilitate and upgrade the Port Harcourt refinery complex in March 2021. The key contract for the refinery modernisation was also awarded the same month, while that of Kaduna and Warri were approved but yet to commence.

Reliable sources at the refineries told The Guardian that the progress of work at the Port Harcourt refinery is commendable, but doubted if the initial timeline of completing the first phase of the project by the end of this year is achievable.

Besides this, there are allegations of gross violation of local content law as well as job racketeering, even as the Alliance for Defence of Eleme moves to file legal action over the situation.

The community, according to the youth leader, Johnson Ngei, is being shortchanged as job slots are being sold from N200,000 to N2 million depending on the position.

Ngei disclosed that the community had already staged three protests but the company remained adamant, especially the contractors, Tecnimont, a subsidiary of Italy’s Maire Tecnimont.

Ngei said section five of the Community Guidelines of the Local Content Act, being implemented by the Nigerian Content Development and Monitoring Board (NCDMB), especially in the area of employment, has been grossly violated.

“Right now, they have employed over 3,000 persons at the refinery, less than 200 are from the community, which is a gross violation. The law states that at least 50 per cent of semi-skilled labour should be from host communities or indigenes, which is not the case today.

“The law states that at least 10 per cent should be exclusively reserved. As I speak with you, the Community Relations Manager that is supposed to be a community slot was given to someone who is not even from Rivers. They are selling managerial slots for N2 million. Labour slots are being sold for N200,000 and semi-skilled jobs are sold for N600,000,” Ngei told The Guardian.

Ngei also noted that while projects above $100 million are stipulated to have a community liaison officer, the case is not so for the refinery project, which cost about $1.5 billion.

The spokesperson of NNPC, Garba Deen Muhammad, did not respond to requests for clarification on the issues before this report was filed last night.

A former Technical Adviser at the Nigerian Extractive Industry Transparency Initiative (NEITI), Dr. Garuba Dauda, expressed worry about the losses coming from the refineries, stressing that paying salaries for no work done could only happen with the government.

“It doesn’t seem like we are ever going to learn from it. The refineries have not worked up to 20 per cent installed capacity for many years. Yet, we are paying salaries and workers are promoted as when due. Why are we looking to understand where the losses are coming from?

“I’ve stopped having trust in what the government is doing to fix the refineries for many years. We shouldn’t have revoked their sale during the late President Umaru Yar’Adua’s administration. After revoking their sale, the government has lost more without light at the end of the tunnel. Government should sell off the refineries and move on,” Dauda said.

An energy and economy expert, Henry Adigun, however, said the country may need to allow the new limited liability NNPC to decide on questions regarding the refineries.

Adigun said: “At the moment, NNPC must show profitability. We must give them time to make decisions on the refineries. Certainly, that level of loss should worry any serious management and board. It’s early days yet on the PIA implementation.

Managing Partner, The Chancery Associates, Emeka Okwuosa, said it remained regrettable that money is still being expended on elephant projects like the comatose refineries without any sustainable results, urging the government to disengage the refinery workers.

The development, according to him, is more worrisome when the country is not meeting its crude oil production quota, while revenue from the oil sector is being eroded by the over N6 trillion subsidy government is currently paying.

“Hopefully, with the advent of the new NNPC that is commercially driven, we can make hay. I hope they can encourage the building of more refineries and maintenance and or sale of old refineries for optimum results.

“We need more transparency and due process in the system. I don’t think that expending more resources will improve the refineries,” Okwuosa said.

An energy lawyer, Madaki Ameh, noted that the huge wage bills from the moribund refineries on a monthly basis should be a serious concern for the country.

“This is yet another drainpipe that needs to be fixed, especially now that NNPC Ltd is expected to be run as a profit-making entity, otherwise, the expectation of dividends at the end of its trading year will be yet another mirage,” he said.

Speaking on the rehabilitation of the refineries, Ameh said the government is in a lame-duck season and would not be able to effectively deliver any of the turnaround maintenance contracts.

According to him, the timelines won’t be realistic and will be another source of grave disappointment for Nigerians when this government’s performance is assessed at the end of its tenure in May 2023.

On Tuesday, NNPC announced that nothing was deposited into the government’s account in six months, coming at a time many oil-producing countries in the world are making huge profits as oil prices within the last six months hit their highest level in years.

According to NNPC in its Federation Accounts Allocation Committee (FAAC) presentation published on Tuesday, all the N2.38 trillion revenue it made from oil sales was spent as they came in on projects.

NNPC, in its explanation, noted that of the total gross revenue, N1.59 trillion was spent on fuel subsidy. It stated that the subsidy payments rose from N210 billion in January 2022 to N319 billion in June 2022.

The next big spending was on cost recovery/cash call tagged T1/T2 for the six-month period, which stood at N658.97 billion. Other expenses included Pipeline securities, N12.42 billion, and Oil search, N14.32 billion.

The lack of remittance by NNPC to government accounts has left many states, that rely heavily on federal allocation, scrambling to survive.

As NNPC struggles, Saudi Arabia and the United Arab Emirates (UAE) national oil companies reported bumper profits. In UAE, the state-owned oil company, Abu Dhabi National Oil Company (ADNOC) reported that its net profit for the first half jumped by 34 per cent to $379 million, while revenue increased 13 per cent to $1.27 billion compared to the same period last year.