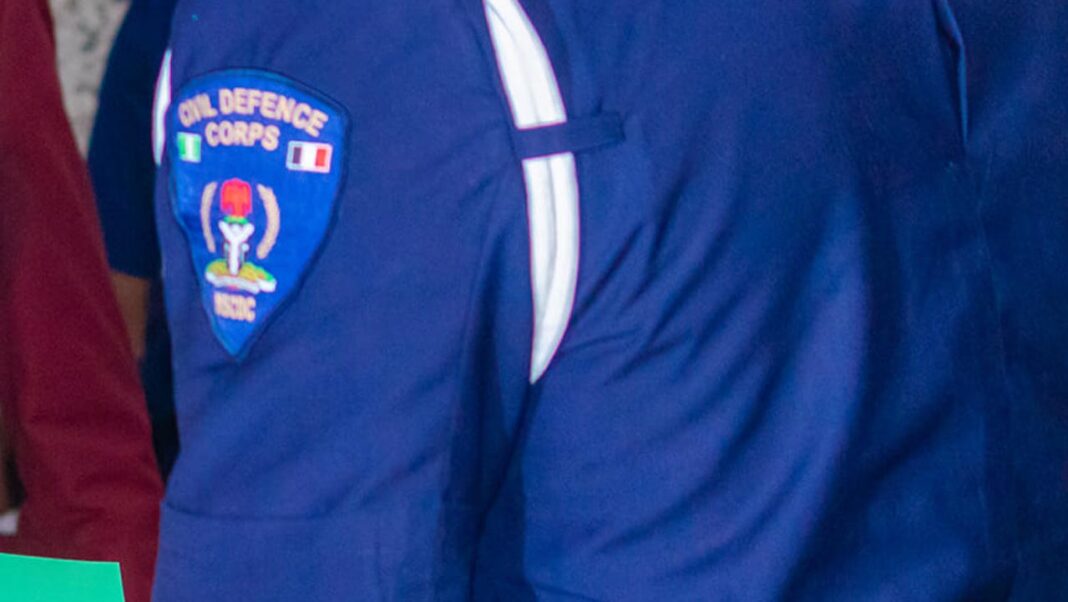 The Nigeria Security and Civil Defence Corps (NSCDC) has confirmed the kidnapping of one Mrs Victoria Dandaura, wife of the head of the Corps Commandant General’s Special Intelligence Squad (CG’SSIS).

This is contained in a statement by NSCDC Director, Public Relations Office (PRO), Mr Olusola Odumosu, on Thursday in Abuja.
The Spokesman revealed that the incident happened at the victim’s residence in Gidi-Gidi, around Cattle market, Lafia, Nasarawa State, on Wednesday at about 7 p.m.

According to him, “unknown gunmen stormed the residence of Deputy Commandant, Apollos Dandaura, and took control of the environment by shooting sporadically in the air and thereafter whisked the wife away at gunpoint.

“She was Kidnapped inside her living room and taken away without any traces for now.”

“He sustained gunshot injuries in the cause of the attack and is currently receiving treatment in a hospital facility,” the spokesman said.