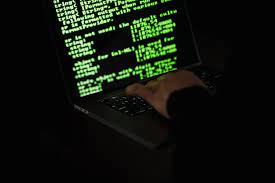 A fresh investigation has showed how cybercriminals have conducted out activities in multiple nations According to the report, the crooks stole around $11 million from companies in Africa, Asia and Europe It further claimed that the organization, which primarily operates on weekends and holidays, targeted businesses in Ivory Coast the most.

At least $11 million has been taken from businesses in Nigeria, the Benin Republic, Cameroon, and 11 other nations, as well as Argentina, by a group of hackers known as OPERA1ER. OPERA1ER: Playing God without Permission, a new paper from Group-IB, a cybersecurity firm, and researchers at the Centre.

The business said that between 2018 and 2022, the gang successfully conducted over 30 successful intrusions, which were tracked by digital forensics analysis done by it and Orange CERT Coordination.

Organizations in the Ivory Coast, Mali, Burkina Faso, Cameroon, Bangladesh, Gabon, Nige, Nigeria, Paraguay, Senegal, Sierra Leone, Uganda, Togo, and Argentina have been identified thanks to the report. The business added that it estimated the group stole around $11 million. It might have cost as much as $30 million.

The investigation took “a deep dive into the financially motivated attacks of the prolific French-speaking threat actor, nicknamed OPERA1ER,” according to the paper. Between 2018 and 2022, the gang was able to carry out more than 30 successful attacks against banks, financial services, and telecommunications companies, most of which were situated in Africa, despite only using well-known “off-the-shelf” equipment. Group-IB thinks that OPERA1ER is known to have stolen at least $11 million. A massive network of 400 mule accounts for unauthorized money withdrawals was used in one of OPERA1ER’s attacks. 16 affected firms were found and contacted by researchers from the Group-IB European Threat Intelligence Unit so they could reduce the threat and stop further OPERA1ER assaults.