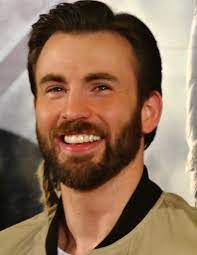 The announcement was made at Stephen Colbert’s late night show which aired on Monday.

The magazine’s website also shared dashing pictures of Evans on the cover of its special issue, which is set to hit stands on Friday.

The Captain America star joins the likes of Idris Elba, George Clooney, Brad Pitt, Michael Jordan, Chris Hemsworth, and several others who have once held the title.

Evans will be taking the mantle from fellow Marvel superhero, Paul Rudd, who was crowned by People with the same title in November 2021.

Evans, 41, told People in the cover story interview that his mother would be ecstatic while most of his friends would bully him for the new title.Related News

“My mum will be so happy,” he said. “She’s proud of everything I do but this is something she can really brag about.”

He added, “Really this will just be a point of bullying. It’s ripe for harassment.”

The Grey Man actor also revealed that he was becoming more conscious of his health and wellbeing as he advanced in age.

He said, “In the good old days, I could eat whatever I wanted, do a couple workouts per week and be okay. That is not the case anymore. If I have two beers, I wear it.

“I haven’t had to play a role like Captain America in a while so things like diet and workout regimen haven’t been on my radar. But getting older, things are clicking and sore and it’s harder to wake up, you have less energy.”

He, however, joked that the title is something he would like to look back on when he becomes “old and saggy.”