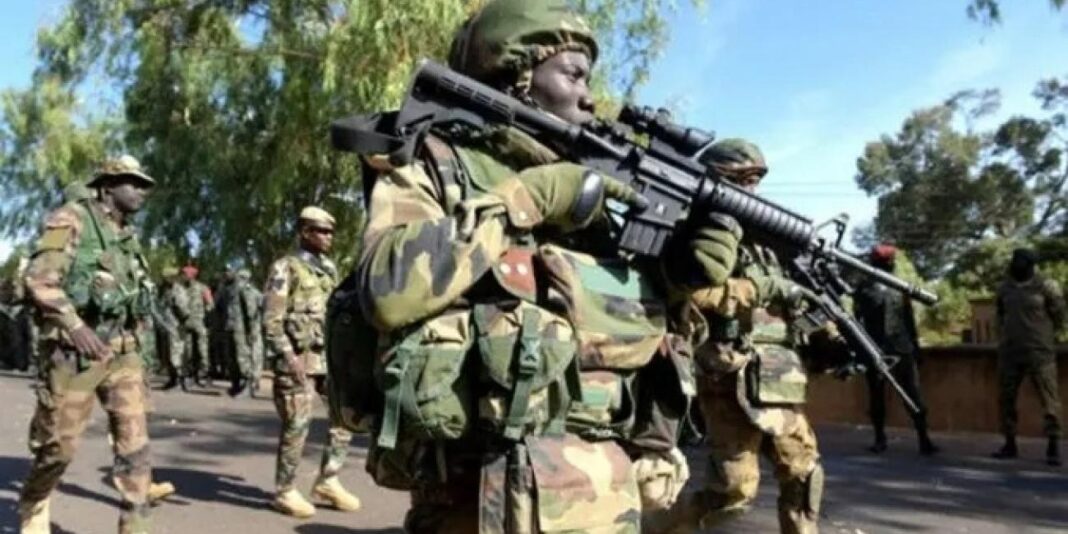 At least eight terrorists were killed, and four kidnapped people were freed on Friday in Zamfara State by the Nigerian Army’s Operation Forest Sanity troops.
The attacked terrorist camps were found near Dutse Uku forest in Lanke and Danmarke villages in the Gummi Local Government Area of Zamfara, according to Maj Gen Musa Danmadami, Director, Defence Media Operations.
He continued by saying that while on the battle patrol, Nigerian military men engaged the terrorists in a firefight, killing eight bandits and wounding several others as they fled for safety.

After the firefight, he said, the soldiers allegedly used the general area to free four captives.
He reported finding six AK-47 rifles, 40 rounds of 7.62mm special ammunition, six AK-47 magazines, and 32 motorcycles.
“The military high command commends troops of Operation Forest Sanity and invites the general public to provide troops with reliable and timely information on the criminal acts of the bandits,” he said.

The Multinational Joint Task Force struck terrorist hideouts in Zamfara State in August, according to SaharaReporters, which resulted in a large number of casualties.

Numerous terrorists have been killed in attacks by the Multinational Joint Task Force on terrorist hideouts in Zamfara State.
The recent assault, according to a military source who confirmed it to SaharaReporters, was brought on by the Nigerian government’s use of brand-new fighter jets.