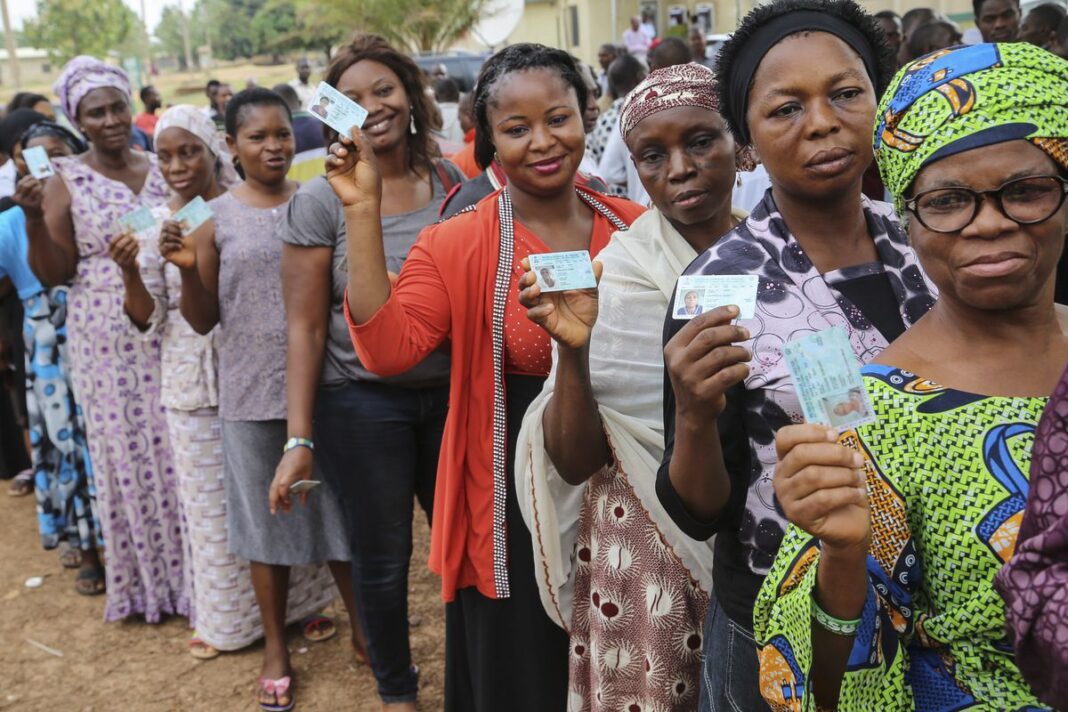 According to the Agege Local Government Area in Lagos State, a campaign to raise awareness has been organized to urge residents to obtain their Permanent Voters Cards (PVCs) ahead of the general elections in 2023.

In an interview with the News Agency of Nigeria (NAN) on the sidelines of a pro-APC mega event conducted at the Agege Stadium in Lagos on Sunday, the council’s vice-chairman, Mr. Oluwagbenga Abiola, revealed this.

NAN cites INEC as saying that, six months after being made available, 37,832 of the 60,370 newly printed Permanent Voter Cards (PVCs) for new registrants had still not been collected in Lagos State.

According to INEC, 5,644,239 old PVCs were collected up till October 21 while 926,052 were still awaiting collection.
As of October 21, there were 37,832 new PVCs that were still uncollected, according to the commission.
The effort, according to Abiola, who is also the convener of the Obasa Youths Crusade (OYC), is a component of the state’s initiative to combat uncollected voter registration cards at designated collecting locations.

“Several teenagers came today with their voter cards as part of our awareness-raising initiative on PVC collection, which includes this campaign.

“First off, the young people have come out with their PVCs to show their support for Sen. Bola Tinubu, our presidential candidate, and Mr. Mudashiru Obasa, speaker of the Lagos State House of Assembly.

The young people are currently returning to their various areas to remind their neighbors about the necessity to turn in their PVCs at various local governments and collection places throughout the state.

He stated, “This is a chance for folks who haven’t gotten their voter cards to cast their votes for all of our party’s candidates in the upcoming election.
Abiola assured Tinubu that the campaign team would win five million votes, and that they would receive more than 200,000 votes in Agege in the election of 2023.
With the size of the crowd we saw today, he asserts, “if over 40,000 can come out with their PVCs and they can bring merely 10 people per to vote on election day.

The convener declared that the campaign was a success and the nation’s first of its type, and that the youngsters will cast their votes in unison to demonstrate to the rest of the world that the APC would win the general election.
He promised that Obasa would speak once more in 2023 and that Tinubu would triumph over the opposition to become president.