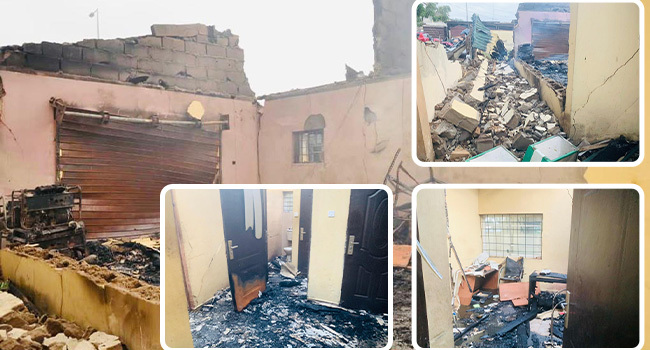 The Independent National Electoral Commission (INEC) offices in Ogun and Osun states were stormed on Thursday, and “losers” who carried out the raid destroyed 65,699 uncollected Permanent Voters Cards (PVCs).

The group claimed in a statement on Saturday that the action was an outright act of sabotage against the Nigerian nation, its people, and its future.

The group encouraged the Federal Government to support its pledge to hold free and credible elections in 2023 by safeguarding the personnel, infrastructure, and supplies used by INEC.

Burning INEC offices poses a serious threat to the 2023 general elections, according to Obi-Datti Media Organization

The extremely worrisome news of the burning down of the Ogun State Independent National Electoral Commission (INEC) headquarters was received by the Obi-Datti Media Organization with complete shock. A similar incident has previously happened in Osun State.
Many election-related items, including permanent voter cards that had yet to be collected by their owners, were proven to have been destroyed by the inferno.

Given the substantial risk and threat it presents to the conduct of free, fair, and legitimate elections next year, we strongly condemn this arson.
In particular, we want to attract Nigerians’ attention to the following: 1. That the burning of INEC offices and materials is only a sabotage against the Nigerian nation, her people, and her future, with no benefit to the perpetrators of the horrible crime.