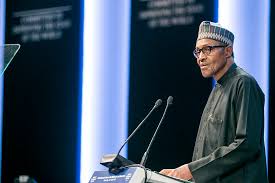 As of June 2022, Nigeria’s public debt runs in the billions of dollars and the majority of creditors are Nigerians.

According to data from the Central Bank of Nigeria (CBN), the total public debt in Nigeria is an estimated $151.3 billion as of June 2022, relative to an estimated $103.3 billion reported by the Debt Management Office (DMO).

The difference is the CBN’s whopping N20 trillion ($48 billion) in Ways and Means lending to the government, which rose further to N22 trillion as of September.

The DMO is yet to classify the amount as part of Nigeria’s public debt, even though there are plans to convert it into a 100-year bond.

Our estimates also assume the official exchange rate of N414/$1 used by the Debt Management Office.

The federal and state governments owe a combination of domestic and foreign debts. Domestic debt is made up of FGN securities, treasury bills, and more recently, CBN’s Ways and Means. On the foreign scene, Nigeria owes countries (bilateral debts) and multilateral institutions like the world bank, IMF, and the African Development bank.

Domestic Debt: The federal and state government borrows money by issuing bonds to the domestic market in the local currency, the naira.

Nigeria’s Largest Creditors: Having parsed through the entire data, what is clear is that Nigeria’s largest creditors are Nigerians.

What this means: Nigeria’s total public debt of about N62.8 trillion is about 33% of the country’s gross domestic product, which according to international standards is well within limits.

Nigeria is not in any favourable position to take on more foreign debts at the current rates considering the state of government revenues. However, to meet its large budget deficits, it is likely to keep borrowing from the central bank and issuing more FGN securities which continue to expose Nigeria to its governments.