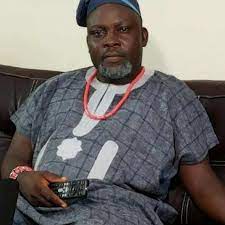 A trainee of Adebayo Salami popularly known as Oga Bello, the late Ojo had been in the movie industry for about two decades.

He was the producer of Ojo Oro, Emi nire kan, Wonyosi, Salaye, and a host of other films.

Condolences have been pouring in following the death of the well-known actor.

“I had the wonderful honour of acting beside this wonderful man,” actress Sheyi Adelakun shared on her Instagram stories on Friday.

“His stories were the best. RIP Lekan,” a fan wrote on social media.

Colleague Aina Olayemi shared a photo with the late thespian, describing working with him as “a joy.”