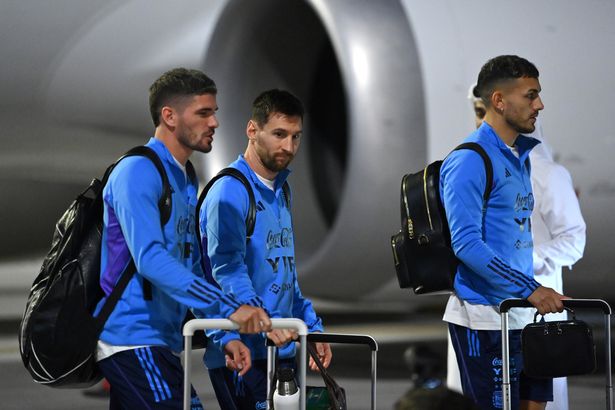 Lionel Messi has been given the privacy of his own hotel room as he looks to finally crack the World Cup.

Messi, 35, is playing in his fifth tournament and is driven by the disappointment of defeat at the hands of Germany in the 2014 final in Brazil. Now it has emerged that the Paris St Germain star has broken with the Argentine tradition of sharing a room as Lionel Scaloni’s men bunker down at their training camp at the University of Qatar.

With long-term room-mate Sergio Aguero now retired, he has taken up residence on his own in Room B-201. Aguero, who has travelled to the tournament to cheer on his country, became Messi’s closest pal when they teamed up at youth level for Argentina.

They shared a room for eight years at senior level – until a heart problem Aguero was forced to hang up his boots in 2021 after being part of the squad that lifted the Copa America in Brazil last year. The issue was diagnosed after he had played just five games for Barcelona following his departure after a decade at Manchester City.

Former City defender Nicolas Otamendi and Atletico Madrid midfielder Rodrigo De Paul are rooming together next door to Messi. And Angel Di Maria and Leandro Paredes are in the room opposite.

Scaloni said: “My message to Messi is the same as the rest; that he has to enjoy this World Cup, have a good time in the field, and then he will surely play how we know he can. We don’t tell him anything other that that: enjoy it.”