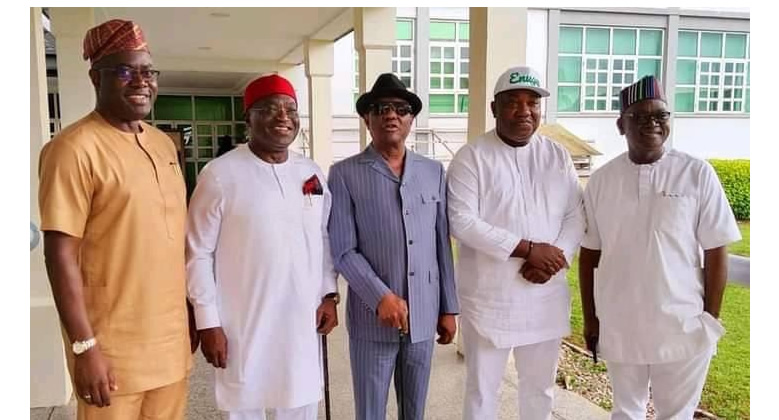 The five aggrieved governors of the Peoples Democratic Party who are demanding the resignation of the party’s National Chairman, Iyorchia Ayu, are currently holding a closed-door meeting in Lagos.

Speaking before the meeting proceeded behind closed doors, Makinde stated that the G5 governors who were the face of their struggle were being backed by the leaders and elders of the party present at the meeting.