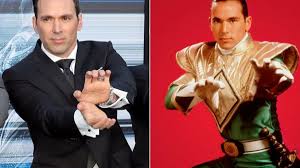 American actor Jason Frank, who played the role of Tommy Oliver in the first Power Rangers TV series, has died at the age of 49.

Frank’s manager, Justine Hunt, made the announcement on Instagram on Sunday according to BBC who confirmed that the actor died on Saturday in Texas. The actor’s cause of death is not yet known.

Walter Jones, one of Frank’s co-stars on the show, wrote on Instagram, “Can’t believe it… RIP Jason David Frank. My heart is sad to have lost another member of our special family.”

Frank’s death comes two decades after that of co-star Thuy Trang, who died aged 27 in 2001 from injuries sustained in a car accident.

Frank’s character was the villian, Green Ranger in the first season of the show but he later became good and ultimately turned into the White Ranger.