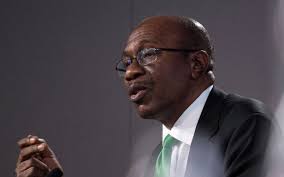 The Monetary Policy Committee of the Central Bank of Nigeria (CBN), in its last meeting for the year, has voted to increase the benchmark interest rate (MPR) by 100 basis points to 16.5%, its highest level since 2001.

This was disclosed by the governor of the CBN, Godwin Emefiele, while reading the communique of the first monetary policy committee (MPC) meeting of the year, on Tuesday 22nd November 2022.

The MPC, during the meeting, considered that the further tightening stance will help restore investor sentiment while curbing the rising rate of inflation.

Highlights of the Committee’s decision

Nigeria’s inflation rate rose to 21.09% in the month of October 2022, from 20.77% recorded in the previous month, an indication of further rise in the cost of goods and services, despite the hawkish move by the CBN in the past six months.

Recall that the apex bank had increased the MPR from 11.5% earlier this year to 15.5% across three consecutive increases. Nairametrics also reported that Nigeria’s money supply rose to its highest level at N50.5 trillion at the end of October 2022, an increase of N1.26 trillion from the previous month.

Nairametrics had correctly predicted that the CBN would increase the MPR by 100 basis points considering the surge in the broad money supply, and the projected food inflation that is likely to occur in the month of December due to Yuletide demands.

Rising fixed-income yield: Since the CBN changed its monetary stance to a more hawkish move, interest rates for fixed-income instruments have also picked up, with more participation recorded in long-term debt instruments.

Specifically, the Debt Management Office (DMO) raised a sum of N269.15 billion through its November 2022 FGB Savings bond issuance, representing a subscription rate of 152.9%, having issued at marginal rates of 14.75%, 15.2%, and 16.2% for the three tranches of issuances.

The need to incentivize Nigerians to invest and save in the local currency rather than in foreign currency prompted the further hike in the benchmark interest rate by the CBN monetary policy committee.

What this means: A further increase in the monetary policy interest rate means that businesses and individuals will pay higher to access credit from banks, which could affect the level of growth in the economy, but a necessary tool at this point in time to reverse the movement in the inflationary pressure.