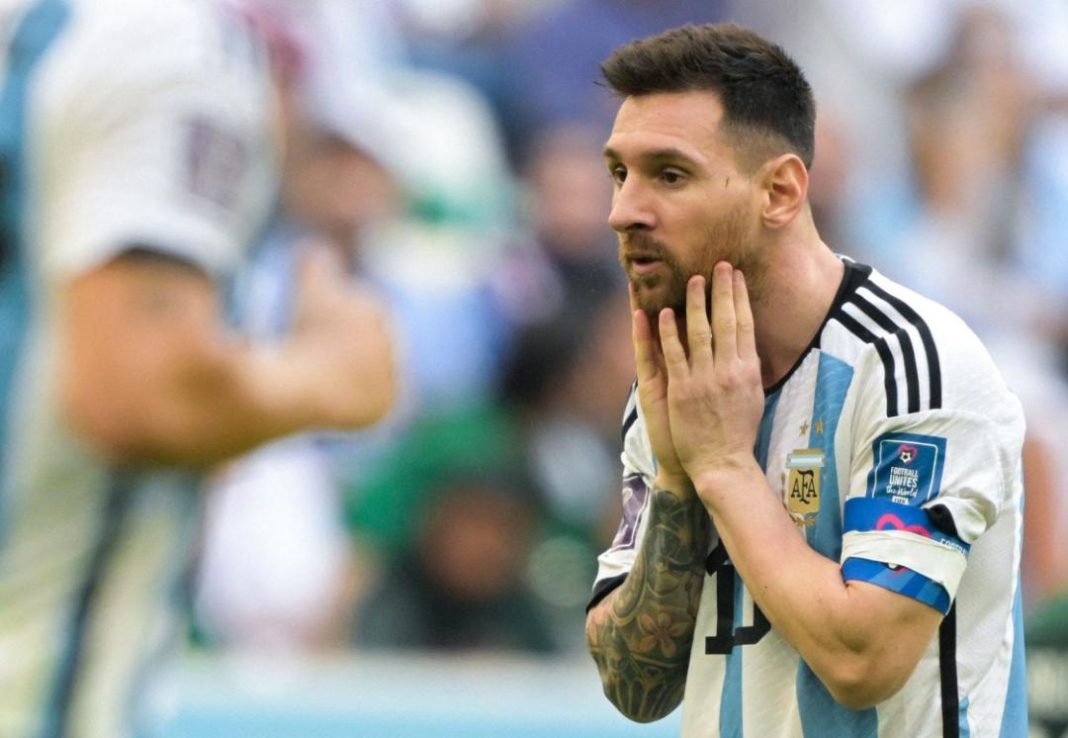 Saudi Arabia in a shocking performance have defeated World Cup favourites Argentina 2-1 in a display of resilience at the ongoing 2022 World Cup in Qatar.

After a dominant first half, Argentina failed to secure all three points after having two goals cancelled before the half time whistle. Seven time Ballon d’Or winner, Lionel Messi, scored the only goal of the match for his side through a penalty in the first ten minutes of the match.

Both Messi and Lautaro Martinez had their goals cancelled after a VAR intervention for offsides in the build up.

The Saudi Arabia side turned the game around immediately after the second half resumed with Saleh Alshehri’s goal, 48′, leveling up with Argentina and Saleh Aldawsari’s 53rd minute winning goal.

Saudi Arabia’s keeper, in a stunning performance, stalled all possible goals from the opposition up until the final whistle.

Argentina have their 36 games unbeaten run come to a shocking end by the middle eastern nation.