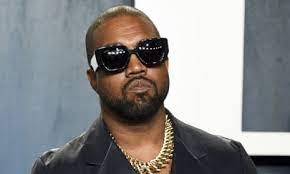 For the longest time, rapper and designer Kanye West has decided to air his political views to the entire world. He already planted the first seed when he sided with former President Donald Trump during his presidential run. Kanye famously wore that infamous Make America Great Again red cap to visit the former president at the White House. After that happened, we slowly got to know the real Kanye West.

As it turns out, this rapper actually has some extremely conservative views that line up perfectly with some of the most controversial conservative figures in the United States. The man is a Christian, he is against abortion, he has positioned himself against the Jewish community, and he is wildly unapollogetic about sharing his ideas to the rest of the world. His platforms have been constantly censored because they are considered divisive.

As you may recall, Kanye West just allowed paparazzi to take pictures of him hanging out with political provocateur Milo Yiannopoulos. During a small exchange with another paparazzi, West confirmed he is not only running for president in 2024 but Milo is part of his campaign. Making one of the most controversial figures part of your campaign is a pretty major statement from Kanye.

But most people who know the rapper are aware that Kanye West often does this in order to create a reaction from the rest of the world. There are many who actually think Kanye West knows he is not going to win but he just wants all the publicity that comes with such a major announcement. Although he’s remained relatively quiet on social media, West still had an effect with these statements.