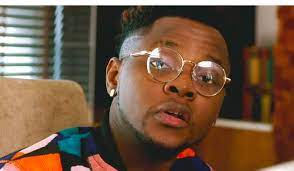 The arrival of one of Nigeria’s most talented musical dons, Kizz Daniel, in the city for a concert dubbed “Kizz Daniels Live In Benin,” will mark a historic moment for the Executive Governor of Edo State, Mr. Godwin Obaseki, His Royal Majesty Ewuare II, the Oba of Benin, and the entire Benin Kingdom.

On December 26, 2022, at the famous Da Civic Center Airport Road at Ben Oni Junction, Benin City, the Buga crooner and current king of street jamz will perform, together with a number of breathtaking side attractions.

The show, produced by Regis and Dreamalive Talent Search, is designed not only to showcase Kizz Daniels’ creativity to the globe, but also to unearth fresh hidden talents through a unique talent hunt show.