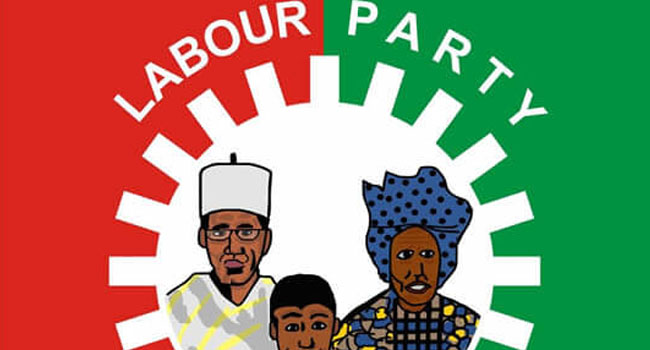 Channels Television reports that the party’s National Working Committee which took the decision on Friday, also dissolved the executives of the Ogun State chapter of the party. It was gathered that the LP’s Ogun executives were involved in alleged anti-party activities.

The acting National Publicity Secretary has been relieved of his appointment by the National Working Committee. A disciplinary committee has also been constituted to investigate his anti-party activities as a member of the Labour Party.

“The Ogun State chapter of the party has also been dissolved and the chairman and its exco suspended. A caretaker will be appointed to take care of the party’s activities in the state. They will also be investigated by the disciplinary committee for anti-party activities,” the National Secretary of the Labour Party, Umar Farouk, said.

“The NWC has also unanimously passed a vote of confidence on the leadership of the National Chairman, Julius Abure. Consequently, we call on the party members to adhere strictly to the provision of the Constitution and Code of Conduct of the party.

“We also call on the general public to have more confidence in the party as the leadership of the party is working very hard to ensure that we are not distracted. The bad elements and the Judas among us will be fished out gradually and punished in accordance with the Constitution of the party.”