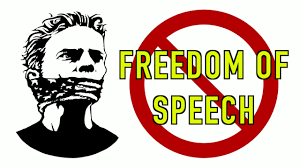 The advent of the 4th Republic had heralded hopes of transition into a democratic era of free speech, rule of law and respect for human rights. However, events unfolding thereafter have rather been one of anti-climax. Between 1999 and 2015, several journalists were arrested and unlawfully detained by state agents. In 2001, Dayo Omotosho, the state bureau chief for the Comet newspaper, was barred from covering the government of Oyo State. On the 23rd April, 2001, Okon Sam, a reporter for the Pioneer newspaper, was assaulted by security guards from President Olusegun Obasanjo’s entourage. On 28th June, Namdi Onyenua of Glamour Trends, was arrested in his office by security agents, who fired to the air to disperse other employees. He was later arraigned in court for publishing allegedly false stories under section 392 of the Penal Code. In June, 2014, soldiers seized and in some cases, destroyed thousands of copies of several newspapers publications of Leadership, The Nation, and Punch newspapers. The general distribution centre for all newspapers in Area 1, Abuja, was also sealed. In none of these incidents did the government obtained a court order prior to the oppressive acts.

Post-2015 happens to be a more hostile period for journalists and free speech generally in Nigeria, reminiscent of the military junta. In 2020, Minister of Information, Alhaji Lai Muhammed, repealed and re-enacted the National Broadcasting Commission’s (NBC) Code to include ‘hate speech’. In June, 2021, the bill to Amend the NBC Code was presented before the National Assembly to include regulation of media houses and social media with punitive measures. Already, section 2 (n) of the NBC Act gives the NBC power to impose sanctions. Under the repressive provisions of the code and Act, the commission imposed fines on the AIT, Arise TV and Channels Tv in October, 2020 for alleged ‘unprofessional coverage” of the #ENDSARS protests and Lekki shooting. Prior to that time, the NBC had imposed fines on Naija info Fm for comments by one of its studio guests, Dr. Obadiah Malafia, that some reformed terrorists confessed that some norther governors funded the activities of Boko Haram. In July, 2021, the NBC also issued caution to broadcasting stations on reportage of banditry and terrorism in what appears to be censorship of news broadcast. The constitutional propriety or otherwise of unilateral imposition of these punishments by the NBC is being challenged in courts by Socio-Economic Rights and Accountability Project (SERAP), Premium Times Centre for Investigative Journalism (PTCIJ) and other human rights groups.

By December, 2019, not less than 11 journalists were undergoing prosecution for criticizing government or exposing corruption in government. According to the wife of Journalist, Agba Jalingo, publisher of Crossriver Watch, he was slammed with charges of terrorism and treason, which are ordinarily unbailable, for reporting alleged diversion of N500 million by Cross River Governor. Recently, in a suit brought by SERAP, the ECOWAS Community Court slammed damages of N30,000,000 on the Nigerian government for violating Mr. Jalingo’s rights to freedom of expression, dignity of human person and liberty. There was journalist Jones Abiri, editor of Weekly Source, who was arrested and detained in the custody of State Security Service (SSS) for two years without trial for allegedly threatening oil companies. He was eventually charged for terrorism and economic sabotage. Same story goes for Seun Oloketuyi of Naijahottesgist for publishing,in his blog, an alleged extra-marital affair by a top executive of one of Nigeria’s banks. Chris Nnwandu, publisher of Evening Whisper newspaper, was arraigned in court for sharing the story on his Facebook page. Kaduna social media critic, Abubakar Idris, better known as Dadiyata, has remained missing since August 2019, when unidentified men whisked him away from his residence in Barnawa.

Publisher of New York based online newspaper, Sahara Reporters, Omoyele Sowore, was arrested by the SSS in August, 2019 and slammed with charges bordering on Treason for being critical of government and pre-coordinating a protest code-named, ‘RevolutionNow’.

Former Chairman of National Human Rights Commission, Prof. Chidi Kalu and music producer and chairman of Chocolate City, Audu Maikori, were arrested by the police and transferred to Kaduna for trial on what governor El-Rufai dubbed ‘fake news likely to cause ethnic uprising’. Prof. Kalu was arrested on his comment of ethnic crisis at Kajuru, Kaduna State, while a guest on Channels TV prior to 2019 general elections. Audu Maikori was arrested and transferred to Kaduna in 2017 for publishing on his Twitter handle of purported killing of five College of Education students in Southern Kaduna. The court later ordered Kaduna State government to pay Audu damages of N40 million for breach of his right. Many journalists and critics of government are currently being harassed, intimidated and undergoing trials for such offences as criminal defamation under section 291 of the Penal Code and section 373 of the Criminal Code, Cyberstalking under section 24 of the Cybercrime Act, Terrorism under sections 1 & 2 of the Terrorism (Prevention & Prohibition) Act, and Treason under section 37 of the Criminal Code. In 2020, the National Assembly proposed to enact the ‘Social Media Bill’ to allow the Police determine who posts and what should be posted on the internet.

See also  How My Abductors Called Me Adeboye, Tortured Me To Produce N100m – Apostle Okoriko

It proposed to empower police to arrest and detain anyone for posting what it unilaterally believes to be fake, improper and offensive. The bill also aimed to empower the Police or the regulator to block internet access. The bill was abandoned midway after vehement opposition by the civil society groups, journalists, individual activists and Nigerians during the public hearing stage. The ‘fake news’ bill was also sponsored at the National Assembly to penalise the publication of fake news or stories. This bill, just like the social media bill, was hugely perceived to be an oppressive tool and subject to abuse of power and authority in the hands of the state, given the antecedents of Nigerian government. In what appears to be a resuscitation of the defeated social media and fake news bills through the back door, the National Assembly is currently considering the amendment of the NBC Act to criminalise fake news and regulate the activities of broadcasting stations on the social media. The National Assembly also seeks to amend the Press Council Act to ensure that Nigerians obtain license before establishing a press organisation.

The recent attempts to gag free speech has been tagged as the replica of decree 4 of 1984 which empowered the government to unilaterally shut down newspapers, radio and television stations for publishing or reporting news perceived to be detrimental to its interest.

There might be merits in ensuring sanity in the Nigerian social media space, however penalty is incompatible with right to freedom of expression. Nigeria is a state party to article 9 of the African Charter on Human and Peoples’ Rights (1981), article 19 (2) of the International Covenant on Civil and Political Rights and other relevant international legal instruments that guarantee free speech. Nigeria has the mandate to ensure that this right is respected, protected and fulfilled. Experts and several international mechanisms have recommended de-criminalisation of free speech and defamation from the national laws by countries. Of course, penal laws have chilling effects on freedom of expression.

Recently, the popular microblogging app, Twitter was suspended in Nigeria by the Nigerian government, which incident has generated global condemnation and has ranked Nigeria in the same category as North Korea, China, Iran and Turkmenistan.

In the 2020 World Press Freedom Index, Nigeria is ranked 120th of 180 countries. Nigeria is ranked worse than Benin, Niger, Haiti, Mongolia, Malawi and Sierra Leone. Interestingly, Nigeria was ranked 119th in the 2020 index. According to Amnesty International, there are concerns over arrest of journalists by armed men suspected to be SSS in Nigeria. It is advised that Nigeria fulfills its international obligations to ensure respect, protection and fulfillment of right to free speech. The optics are on the down side for the country among the comity of nations with regard to free speech and human rights. Nigeria government should immediately release all the prisoners of conscience in its prisons and ensure that all organs of government work optimally, without let or hindrance in the overall interest of Nigerians.

Owolabi, a lawyer and human rights advocate, writes in from Lagos.