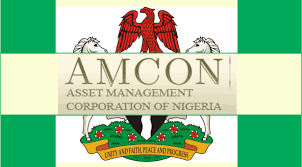 Assets Management Corporation of Nigeria (AMCON) on Monday in a federal High Court sitting in Abuja gave an undertaking not take any further steps in respect of NICON Insurance.

This was made known to newsmen by Jimoh Ibrahim on Monday.

The Attorney to AMCON told the court that the issuance of form 48 devastated the corporation when it was received. According to the him, everyone started running up and down. The court declined the prayer of AMCON to set aside Form 48 that was issued for committer to prison on notice of disobedience of court order.

Also, the court held that the order stayed and subsequently accepted the undertaking from AMCON that it would obey the court order and would not do anything to the contrary.

Jimoh Ibrahim had dragged AMCON to court challenging its plan to constitute management of the two corporate organisations. The court, however, adjoined the matter till September 8, 2021.