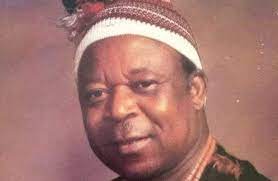 In between a story lies the kernel of truth: and the truth is that in 1982/83, the Imo state government of Dr. Sam O. Mbakwe launched the Imo Airport Development Program whose chair was Evan Enwerem. A public launching had secured the funds with private donors and public-spirited Imo People. There was a statewide airport levy. Money was deducted from the pay of civil servants. Even primary school students contributed to the airport development levy. The site for the airport had been secured and mapped by the Ministry of Works in Owerri, and the ground clearing had commenced in 1983. By the midnight of the end of that year, the military struck in what was described as a “bloodless coup.” Among the masterminds of that military coup was a hitherto unknown name in Imo state: Brigadier Ike Omar Sanda Nwachukwu. In due course, he assumed office as military governor of Imo state. One of his first signal policies was an economic initiative which he called the “Imo formula” – some strange Breton Wood idea packaged by his Commissioner for Finance, Dr. Kalu Idika Kalu. Under this formula came a program of rationalization which basically stopped the Mbakwe Industrial program in Imo state which Ike Nwachukwu publicly described as “white elephant projects.” Sam Mbakwe had launched a massive industrial master plan starting with 21 high end industries each in the old 21 local governments of the old Imo state. Each of these projects was linked for value. Among these projects which Ike Nwachukwu promptly stopped in Imo state as quickly as he arrived included the Imo Petrochemical Corporation slated already for Izombe; the then Izombe Gas power station and the Amaraku Power station, the first Independent Electricity/Power company in Nigeria which were built to serve the Imo State Rural Electrification program which equally came to a halt! The most devastating was stopping the Five Divisional Water projects: the Owerri, Mbaise/ Obowo, Umuahia, Okigwe and Orlu water projects which were 85% completed with steel pipes already reticulated all over the old Imo state. Basically, Ike Nwachukwu’s “Imo formula” de-industrialized the two states plus Afikpo and Ohaozara that made up the old Imo. Now, two projects which Ike Nwachukwu continued was the rationalization of the Imo state University from a multi campus university to its single campus in uturu/Okigwe. He also continued work, but at a very slow, almost deliberate pace, with the Imo Airport project, I presume perhaps the project was already too hyped up because of the public launchings under Mbakwe which had promised to deliver it in good time. Mbakwe’s timetable to build that airport was that it would be completed by 1984. But the airport project dragged on through Nwachukwu, Madueke, Ikwechegh, Aneke, until Oguguo commissioned it under Abacha. I concede to my respected fellow Umuahian, Sunny Iroche, that General Nwachukwu was an important part of that relay that built the Airport, just as he consolidated the campus of the Imo state University from its five-campus structure. But those ultimately are Mbakwe projects. It is crucial to put these events in perspective, because what my generation know is that Nwachukwu was under some kind of direct orders, in line with the Buhari economic policy of 84/85 to dismantle these projects under a formula that consigned them to the dustbin  as “white elephant” projects. The effect of that today is clearer and writ large. Facts are too cold for comfort.