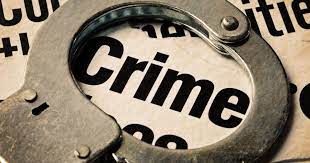 A prayer warrior has killed his wife and children during prayer.

The member of the Apostolic Faith Mission in Zimbabwe, Leo Kanyimo who loves praying, stunned neighbours Tuesday, after he macheted his wife and two kids to death.

Kanyimo killed his family members amid prayer in the central city of Gweru.

Zimbabwe Herald newspaper reported that Kanyimo fell into trance as he committed the heinous acts.

One of his children reportedly escaped.

“We knew him as a prayerful man”, said Kanyimo’s neighbour.

”And yesterday (Monday), he said they were fasting and praying for one of their children, who he said was possessed by some evil spirits”, the neighbour said.

The police in the Zimbabwe Midland Province were said to be investigating the horrific deaths.