Andy Uba and Epidemic of Fakery in Nigeria ~ by Dr. Farooq Kperogi 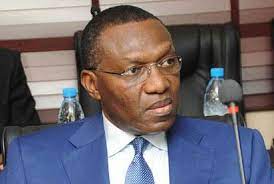 When I wrote about Daniel Ishola Owoademi, the convicted man with fake credentials who taught at the Abubakar Tafawa Balewa University in Bauchi for 12 years, I knew that I’d merely scratched the surface of a deep, festering, and far-reaching systemic decay in Nigeria. Since the article’s publication, I have received over 60 responses.

Many of the responses are from Owoademi’s former students who revealed that the man concealed his intellectual and pedagogical inadequacies by showing up in class only about three or so times in a whole semester.

They said their complaints to the head of department about Owoademi’s disturbingly perpetual dereliction of duties were ignored.

Some other responses shared stories of other “Owademis” in many Nigerian universities. One Bello Kamal recounted a particularly jarring and enfeebling anecdote of a fake lecturer who is still prowling the Nigerian academia.

“There was one fake Professor Ekechi who was employed at Kogi State University and who was not discovered until after about 2 years,” he wrote. The fake professor, he said, was never prosecuted.

“He ran away and resurfaced in Nasarawa State University where he spent another 2 years,” he added, saying “and when he was discovered [again], he was only denied [the] renewal of his contract. Only God knows where he is going to resurface again. I learnt there is still one in Keffi up till today by name Micheta.”

Another responder to my column who identified himself as Dangyara Ibrahim argued that the menace of certificate forgery is a lot worse in polytechnics than it is in universities.

“From Maiduguri to Badagry and from Kaura Namoda to Uyo, we have an army of fake lecturers teaching in polytechnics,” he wrote. “There are ‘senior lecturers’ who cannot speak simple English. So many cannot defend their qualifications, yet they are shielded by godfathers.”

And just this week, my attention was drawn to a story in the Nation of May 24 about yet another fake lecturer at the Niger State-owned Ibrahim Badamasi Babangida University (IBBU) in Lapai.

According to the story, a female lecturer, by the name of Mrs. Asabe Garba, was dismissed after it was discovered that her master’s degree from Ahmadu Bello University on the basis of which she was employed to teach at IBBU’s Mass Communication department was forged.

What has all this got to do with Emmanuel “Andy” Uba, former President Olusegun Obasanjo’s former domestic affairs assistant who has now been elected senator from Anambra State? Everything, if you ask me.

Andy Uba is, without a doubt, the poster boy for brazen certificate fraud in Nigeria today. It is fitting that in this month of unusually prolific media exposés of certificate fraud in Nigeria, Uba’s opponents are seeking to overturn his electoral victory on the basis of the forged certificates he presented to the Independent National Electoral Commission (INEC) and that he parades with astonishingly criminal impunity.

On his INEC form C.F 001, Uba claimed to have attended Concordia University in Canada and California State University in the United States for his bachelor’s degree, and “Buxton University in London” for his “Doctor of Science” degree.

Curiously, however, he wrote on the same INEC form that he was still “awaiting” his bachelor’s degree. Now, how in the world could anyone get a doctorate when they have not completed their bachelor’s degree?

But the fraud gets even weirder and wilder. The documentation Uba attached to his INEC form to authenticate his claims to have passed a secondary school (or “O” level) exam is a 1974 “Senior School Certificate Exam” statement of result— with only one credit.

That Uba could present an SSCE result with a 1974 date shows that he is not even a smart crook. Second, which university in the world would admit someone into a bachelor’s degree program with only one credit?

It gets even messier still. A few years ago, SaharaReporters investigated and found out that Uba’s claims to have graduated from Concordia University and California State University are manifestly fraudulent.

Checks showed that he only audited a few courses from the schools for which he earned no grades. Uba thought he was playing safe—and smart—by claiming on his INEC form that he had a “Bachelor of Science (AWAITING) 1985 -1992” since he earned no credits towards a bachelor’s degree.

(In the American university system, you can audit courses from a university even if you are not qualified to be admitted to the school, but you can’t earn a degree by auditing courses).

But anything that is awaited can’t have an end date that is already several years old.

In any event, how can anyone be awaiting a bachelor’s degree since 1992 and then go ahead to earn a doctorate in 1996?

Well, it’s because the crook has no freaking doctorate! He claimed on his INEC form to have earned a “Doctor of Science” degree from “Buxton University London.”

But Buxton University is a notoriously disreputable online degree mill, i.e., a fraudulent, illegal, and unaccredited school that awards degrees to anybody for a fee, without requiring any academic study and that may have no physical presence anywhere in the world.

According to Wikipedia, the online collaborative encyclopedia, “In August 2004, a San Antonio, Texas, television station investigating bogus academic credentials had an employee order a degree from the InstantDegrees.com website.

“Both stations reported that the university was identified as being in London, but the mail had come from Portugal.”

So you can see how Andy Uba who from all indications is at best a school certificate failure and at worst a high school dropout and who never completed any courses for the award of a bachelor’s degree at both Concordia University and California State University could “earn” a “Doctor of Science” degree.

In any case, “Doctor of Science” is NOT an earned degree; it’s always an honorary degree. Uba and the fraudsters at “Buxton University” are obviously not educated enough to know that.

This scandalously dishonorable man almost became the governor of Anambra State (the state that produced our own inimitable Chinua Achebe!) and was making laws for Nigeria.

A confirmed, multi-layered certificate forger was a lawmaker! How much lower can we get as a nation? Why would the Owoademis of this world not proliferate on our campuses when the very people who make laws for our nation are certifiable fraudsters?

But the greater tragedy in all this, for me, is the outrageous complicity of the Nigerian media in this dupery. Most Nigerian journalists know Andy Uba to be a total fraud. So why are they shielding him?

Why is the same national media formation that gleefully—and rightly— exposed Salisu Buhari, the former Speaker of the House of Representatives who forged a University of Toronto degree, be keeping a criminal silence in the face of an even more pernicious and elaborate certificate fraud involving Andy Uba?

Is it because he used his astoundingly stupendous wealth to bribe journalists?

Well, if we allow Andy Uba in the Senate in spite of what we know about his certificate forgery, we should adopt a new official motto for Nigeria: “a nation where conmen are kings.”