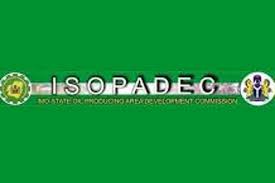 Chief Hope Uzodinma has now ruled Imo State for twenty-four months. In the first week of July, 2020, he visited Ohaji/Egbema to interact with the stakeholders of the oil-bearing communities of the State. That was the place he disclosed that he had saved over N800 million just in two months from the 13% Derivation accruals to the State from the Federation Accounts Allocation Committee, FAAC. By that he meant that after each recurrent expenditure, including personnel and overhead costs, he commits to savings an average of N400 million per month for capital projects in the oil-rich areas.

He also accused the leaders of the areas of corruption and greed, and vowed that, going forward, he would no longer share the funds with any one of them. Extrapolating from Uzodinma’s submission, we cannot but conclude that he should have by now saved over N7 billion from the Derivation funds, since no capital project has been done in the entire oil-producing areas. On May 18, 2021 he hosted the selfsame leaders from Ohaji/Egbema in the Government House, and informed them that the sole achievement of his reign in their areas remains his commitment to fight and ensure that some oil wells that were wrongly ceded to Rivers State are restored.

Uzodinma could not mention one thing he has done for them despite the whopping sums that accrue to their land through the State, monthly. Till this day, no health center, no school, no road, not even a culvert, has been completed in any of the oil-producing areas in the last two years.

In 2020 alone, Imo received the total sum of N10.1 billion as Derivation, and between January and December 2021, the State has received another Derivation of N10.9 billion. Yet, the regime of Uzodinma cannot point to one thing it has done for these people who are like the proverbial goose that lays the golden egg.

To make matters worse, the Imo State Oil Producing Areas Development Commission (ISOPADEC)can no longer meet a basic, first-line obligation as payment of staff salaries. Every other week, these unpaid staff stage protests in Owerri to demand their salaries which have remained unpaid for nearly ten months. This is outrageous! The big question is: what has happened to the Derivation funds which ISOPADEC is supposed to utilize for its operations in the oil-producing areas of the State? This is what Uzodinma urgently needs to explain to the people.

Make no mistake, it is not a fringe benefit to the oil-producing areas for Uzodinma to release their funds to them. He is not doing them any favour either. It is instead their right. Looking at the oil-producing areas of Imo State, what emerges is a picture of a people enmeshed in agonies occasioned primarily by the upstream activities of the oil companies. Their farmlands are destroyed by both oil mining and oil spillage. Their ecosystem is threatened, and both flora and fauna endangered. Their water bodies polluted, and they cannot afford clean drinking water anymore. They suffer severe health hazards. Effluents from oil production which are discharged into the fragile ecosystem cause deaths in the areas.

For instance, cadmium, chromium and lead that are released from oil production get consumed by the fish. And because fish cannot metabolize these elements, they become highly poisonous to humans who consume such contaminated fish. Yet, these people have no functional state-owned health center, no basic amenities, no succour!

They are not even availed opportunities in the other sectors of the economy to assuage the agonies wrought on them by oil production. The resources which ought to be used to intervene in these miseries are today unaccounted for. They stay in their seas of affliction and watch those who fritter away their resources build islands of affluence for themselves. Their deprivation is unbearable, and their frustrations are building up, and when they take to the streets in rage, the likelihood is that they would be tagged something else and possibly be wiped out. This is pathetic!