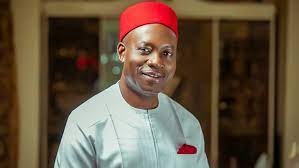 A public notice which emanated from his office has it that the governor-elect did not authorize such job vacancies already circulating in the public domain.

The notice also held that a new date for the official launch of the job advertisements will be announced by the transition committee, urging members of the public to disregard it.

The public notice reads, ” It has come to our attention that a wrong press release directing individuals to apply for political appointments in Anambra state has been circulating on various digital platforms. We apologise for this development and ask the general public to kindly ignore the incorrect document and information being circulated.

The accurate press release on the Anambra Talent Hunt Initiative will be issued on Monday 14th February on all social media handles of the governor-elect.

The announcement will give specific directives on how to express interest to be volunteers or apply for roles in the government of Anambra State. It will also convey the accurate platform for all applications to be submitted.”

Meanwhile, a certain job advertisement was viral on social media claiming that the transition committee of the governor-elect had issued a directive authorising members of the public, especially Anambra citizens to express interest in the job vacancies so advertised.