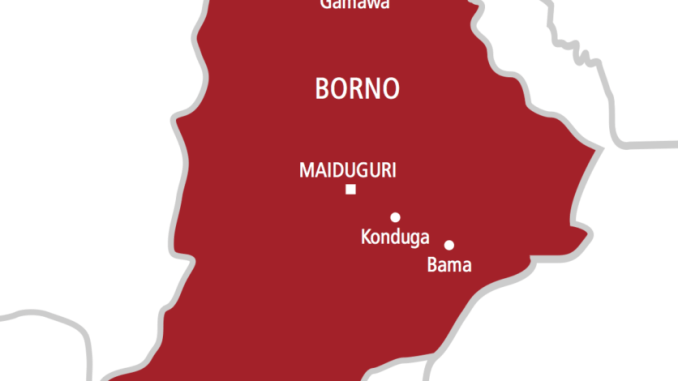 The Civilian Joint Task Force (CJTF) in Borno disengaged 2,203 children within its rank and file in compliance with the UN Convention against the use of child soldiers.

The News Agency of Nigeria (NAN) reports that the CJTF was established by the Borno Government in 2013 to assist security forces in the fight against insurgency.

The Commander of the CJTF, Malam Abati Isa, made this known in Maiduguri on Monday during an event to commemorate this year’s International Day against the use of child soldiers.

Isa lauded the state Ministry of Justice and the United Nations Children’s Fund (UNICEF) for thier role in the Initiative.

“The CJTF was listed in the annexes of the Secretary-General’s Report on Children and Armed Conflict in April 2016 for child recruitment and use.

“However, in September 2017, the Country Task Force on Monitoring and Reporting (CTFMR), in collaboration with UNICEF and other partners, signed an Action Plan with the CJTF to put an end to child recruitment and use.

“Following that, the CJTF, with the support of the CTFMR and the Borno
State Ministry of Justice (MOJ), took significant steps to put an end to
this practice.

“Significant progress has been made by the CJTF in implementing the
Action Plan, including standing orders to all commanders and their
sectors to stop recruiting children and the separation of 2,203 children
(363 girls, 1,840 boys) from the group’s rank and file.

“As a result of this significant achievement, the Secretary-General has delisted the group from the annexes of the Secretary-Annual General’s Report on CAAC,” Isa said.

The commander said the task force  has ensured that no child is recruited or used.

He also said that child protection units had been established in all sectors of the CJTF to ensure full compliance.

“Today, I add my voice to the call for all conflict parties to stop recruiting and using children. Millions of thanks to Ministry of Justice and UNICEF for supporting the initiative, Isa said.

In her remarks, the Head of UNICEF Maiduguri Field Office, Phoung Nguyen, said the recruitment and use of children in armed conflict violated national and international law.

She said the protocol on the Rights of the Child, prohibits any forced
recruitment or conscription of children under 18 by any party to be used or recruited in hostilities persons under the age ofeighteen.

“The government of Nigeria ratified the Optional Protocol in 2012,” Nguyen said.

In her speech, the Borno Commissioner of Women Affairs and Social Development Hajiya Zuwaira Gambo, said the Borno Government has negotiated, released and reintegrated children formally associated with armed groups.