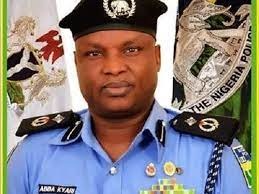 The Coalition of South East Youth Leaders, COSEYL, has alleged that the embattled Deputy Commissioner of Police, Abba Kyari, had killed several innocent youths in the region while he was serving as the commander of the IGP Response Team in Imo State.

In a statement issued by its President General, Goodluck Ibem, the coalition, which is an umbrella body of all the youth groups in the South East geopolitical zone, said Nigerians had ignored the outcry of the Southeastern youths on alleged extrajudicial killings by the police.

COSEYL, while lauding the National Drug Law Enforcement Agency, NDLEA, under the leadership of Brigadier General Buba Marwa (Rtd) for uncovering the alleged criminal activities of Abba Kyari in Southeast, said the youths in the region have been vindicated.

DAILY POST recalls that Abba Kyari was arrested by the Nigeria Police on Monday after he was declared wanted by NDLEA over alleged drug trafficking.

Ibem said, “Before now, we had raised the alarm that DCP Abba Kyari was extrajudicially killing innocent Nigerian youths but the authority didn’t believe them, however, the credible intelligence conducted by NDLEA that led to his arrest, has vindicated us the Southeast youths”.

The coalition demanded that the Federal Government extradite Kyari to the United States of America after a probe by NDLEA to enable him face the allegations of ties with the internet fraudster, Ramon Olorunwa Abbas, popularly known as Hushpuppi.

COSEYL also demanded that the damages by Abba Kyari in the region should be given considerable attention by relevant authorities.

“We call on the Police Service Commission, PSC, and other relevant agencies saddled with the responsibility of dealing with erring police officers to probe all extrajudicial killings by Abba Kyari and other crimes he may have committed in the course of his service in Nigeria and other parts of the country.

“When Abba Kyari was deployed to Imo State to lead the IGP Response Team, he was very busy killing innocent Nigerians youths for gallantry and using the media to gain cheap popularity and posing as a hero which he is not.

“He has just proved to Nigerians that all these while, he was living a deceitful life and deceiving the general public. The so-called gallantry service he made us to believe was just to distract Nigerians from knowing his real person,” the statement added.