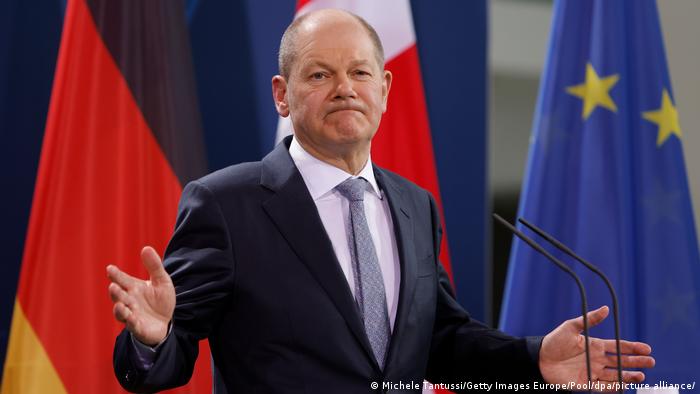 Russia is putting Europe’s security at risk with demands that hark back to the Cold War, German Foreign Minister Annalena Baerbock said Friday, ahead of the annual Munich Security Conference set to be dominated by the Ukraine crisis.

“With an unprecedented deployment of troops on the border with Ukraine and Cold War demands, Russia is challenging fundamental principles of the European peace order,” Baerbock said in a statement.

Moscow needs to show “serious steps towards de-escalation”, she added.

Dozens of world leaders and top diplomats are descending on the southern German city of Munich from Friday for three days of talks on defence and security matters.

The gathering comes at a time of growing fears in the West that Russia is readying to invade Ukraine, sending tensions with Moscow soaring to a post-Cold War high.

Russia has so far declined to attend.

“I am travelling to Munich today to discuss how we can still counter the logic of threats of violence and military escalation with the logic of dialogue,” Baerbock said ahead of the opening ceremony.

“It is a loss that Russia is not taking advantage of this opportunity.”

Foreign ministers from the Group of Seven club of rich nations — including France, Britain, the US and Japan — will discuss the Ukraine crisis on the sidelines of the Munich conference on Saturday.

The talks will be hosted by Baerbock, whose country currently holds the G7 presidency.

“We will use Munich to send out a message of unity: we are ready for a serious dialogue on security for all,” she said.

The United States and other Western governments say they have seen no evidence of Russia’s claim that it is pulling back some of its forces from near the Ukrainian border.

However, Putin has made clear that the price for removing any threat would be Ukraine agreeing never to join NATO and for the Western alliance to pull back from a swath of eastern Europe, effectively splitting the continent into Cold War-style spheres of influence.

Ukraine is far from being ready to join NATO but has set this as part of a broader goal to integrate with the democracies of western Europe, making a historic break from Russia’s orbit.