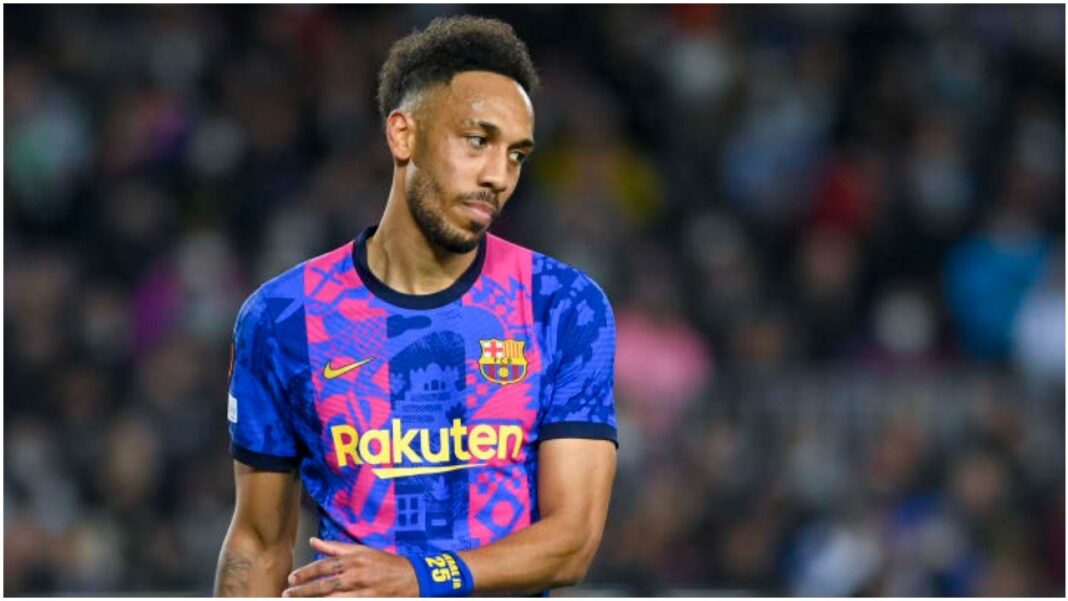 Some Arsenal players have reacted to Pierre-Emerick Aubameyang’s first hat-trick for Barcelona on Sunday.

The Gabonese scored his first hat-trick for Barcelona on Sunday and received messages of support from his former teammates in north London.

Aubameyang, who made his full debut in the LaLiga on Sunday, scored twice in the first half against Valencia, before completing a hat-trick in the second half.

His former striking partner at Arsenal, Alexandre Lacazette was quick to congratulate the 32-year-old by responding with fire emojis to Aubameyang’s hat-trick celebration post on Instagram.

Speaking after the game, Barcelona manager, Xavi Hernandez praised Aubameyang for the start he has made at Barcelona.

“He has scored goals in his entire career,” said Xavi.

“It was to be expected that he would score here soon, too.

“He goes very well to space. He is mature. He is very intelligent. I am delighted with him.

“These two [subsequently changed to three] goals will go very well for him.”

Barcelona star, Sergio Busquets, said having the Gabon captain in Barcelona’s squad is a ‘luxury’.

“He is working very well,” the midfielder told reporters after the game.

“He arrived with a lack of minutes but he is now getting them.

“He added his second start and I hope he helps us like that because he is a great player, and it is a luxury to have him in the squad.”

Aubameyang left Arsenal on the last day of the January transfer window, with the Gunners having to terminate his contract to force a move.

Aubameyang is now out to prove that line of thinking wrong, as he started for the first time in league play and grabbed his first two goals for the club on Sunday to put Barcelona pas Valencia 4-1. It appeared as if he would fall just short of a trio, but eventually picked up a third on a technicality after the match, giving him the hat-trick.

His first came on a beautiful long ball from Jordi Alba — who fed Aubameyang’s well-timed run — with the Gabon international settling expertly and rifling a right-footed blast by Valencia defender Omar Alderete and into the roof of the net, leaving no chance for Giorgi Mamardashvilli.

Aubameyang’s second was more of a poacher’s finish, there to provide the tap-in on the doorstep from Gavi’s rifled cross. American full-back Sergino Dest picked up the proverbial hockey assist, with his well-placed feed off his left foot sending Gavi through acres of space down the right.

The 32-year-old came agonizingly close to a hat-trick on a number of occasions. First, a penalty was given to Barcelona shortly after halftime, but it was cancelled on VAR after Aubameyang was judged to be offside. Then, four Barcelona’s fourth goal, Pedri scored an absolute cracker which seemed to take a slight deflection off Aubameyang’s back on its way in, with the Gabon international ducking out of the way to allow the well-struck ball through. The deflection was initially deemed not enough for the frontman to claim the goal as his.

After the match, however, Barcelona confirmed that Pedri’s goal would be given to Aubameyang, completing the hat-trick. A penny for the 19-year-old’s thoughts.

Aubameyang moved from Arsenal in January, with the Gunners canceling the final six months of his contract to pave the way for a free transfer.

The move came after a series of disciplinary issues that left Arsenal no choice. He was stripped of the captaincy in the first half of the season after returning late from a trip abroad, with manager Mikel Arteta citing a number of previous incidents. Aubameyang then was caught partying while traveling to Cameroon for the Africa Cup of Nations and subsequently was sidelined for a positive COVID-19 test.

He returned from Africa without appearing for Gabon, with the national team citing an irregular heartbeat possibly stemming from his COVID-19 bout. He would not make another Arsenal appearance, instead joining Barcelona after an awkward and dramatic Deadline Day saga.

Clearly, his presence in Spain has already borne fruit for Barcelona. And while the Catalan giants are likely out of the La Liga title race, he could help secure Champions League play for the club next season and provide a push through Barcelona’s first-ever appearance in the Europa League.