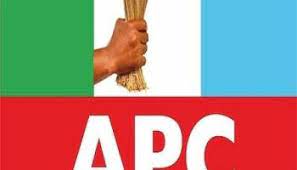 The Caretaker Extraordinary Convention Planning Committee (CECPC) of the ruling All Progressives Congress (APC), has reversed its earlier decision to hold zonal congresses of the party on March 25.

The Governor Mai Buni-led convention planning committee, had Monday afternoon, written to the Independent National Electoral Commission (INEC), announcing that the party would not go ahead with the planned national convention of February 26.

Rather, it said zonal congresses of the party would now hold on Saturday, March 26, 2022.

The party leadership had held a series of meetings behind close-door since 11am on Monday.

“In between the convention, we have agreed to have zonal congresses,” the APC scribe said.

He also announced the release of timetables and schedule of activities for the party’s zonal congresses across the 6 geopolitical zones of the country, in “pursuant to Article 12.6 of the All Progressives Congress (APC) Constitution.”

According to the new guidelines, the party would publish zonal committees list on Thursday, February 24, 2022, while a meeting of zonal stakeholders holds on Saturday, February 26, 2022.

The party will commence the sales of nomination forms for zonal positions from Monday, February 28 to Thursday, March 3, 2022, and conduct screening for zonal aspirants on Saturday, March 5, 2022.

On Sunday, March 6, 2022, the Screening Appeal will sit and the party will adopt the screening report on Tuesday, March 8, 2022.

The APC scribe added that that the Zonal Congresses would hold across the 6 geopolitical zones of Nigeria on Saturday, March 12, 2022; appeals emanating from the congresses would be entertainment on Monday, March 14, 2022; while Wednesday, March 16, 2022 would be for the adoption of appeal report.