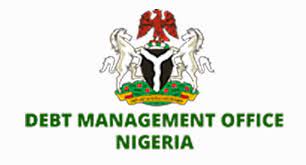 The Director-General, DMO, Patience Oniha, said this at a media briefing in Abuja.

According to her, the total debt includes new borrowings by the Federal Government and the sub-nationals.

She also said that the amount helped in financing the budget deficit, capital projects and support economic recovery.

Oniha said, “Nigeria’s total public debt as at December 31, 2021, was N39.56tn or $95.78bn. The amount represents the total external and domestic debts of the Federal Government of Nigeria, 36 state governments and the federal capital territory.

“Borrowings for this purpose and disbursements by the multilateral and bilateral creditors account for a significant portion of the increase in the debt stock. Increases were also recorded in the debt stock of the states and the FCT.”

Oniha also said that the Federal Government was “mindful of the relatively high debt-to-revenue ratio” and has established certain measures to increase revenues through the strategic revenue growth initiative and the introduction of Finance Acts since 2019.

She said, “The new borrowings were raised from diverse sources, primarily through the issuances of the Eurobonds, sovereign Sukuk, and the FGN bonds. These capital raisings were utilised to finance capital projects and support economic recovery.

“With the total public debt stock to GDP as at December 31, 2021, of 22.47 per cent, the debt-to-GDP ratio still remains within Nigeria’s self-imposed limit of 40 per cent. This ratio is prudent when compared to the 55 per cent limit advised by the World Bank and the International Monetary Fund for countries in Nigeria’s peer group, as well as, the ECOWAS convergence ratio of 70 per cent.”

However, findings showed that Nigeria spent N2.93tn on debt servicing payments in 2021, according to the data obtained from the DMO.

The official exchange rate of the Central Bank of Nigeria, which showed $1 =N415.92 as of March 17, was used for the external debt servicing.

Reacting to the development economists and dons have warned the Federal Government over the country’s rising debt profile, saying repayments may become challenging due to the nation’s revenue problems.

A professor of Economics and Public Policy at the University of Uyo and the Chairman of the Foundation for Economic Research and Training, Prof. Akpan Ekpo said, “The rising debt profile is not healthy for the economy even though we are still within the so-called range if we look at the debt to the GDP ratio, but GDP does not pay debt; revenue pays the debt.

“If you look at the debt revenue ratio, we are in trouble because most of our revenue depends on oil and we are not sure of that revenue, it fluctuates.

Yusuf, who was the former director-general, the Lagos Chamber of Commerce and Industry, said, “When we take account of borrowings from the CBN and the stock of AMCON debt, the debt profile would be in excess of N50tn.

“The government tends to argue that the condition was not a debt problem, but a revenue challenge, but the truth is that debt becomes a problem if the revenue base is not strong enough to service the debt sustainably.

“It invariably becomes a debt problem.  The government’s actual revenue can hardly cover the recurrent budget which implies that the entire capital budget is being funded from borrowing. This is surely not sustainable.”

He said what is needed is the political will to cut expenditure and undertake reforms that could scale down the size of government, reduce governance costs, and ease the fiscal burden on the government.

Yusuf explained, “It is important to ensure that the debt is used strictly to fund capital projects, especially infrastructure projects, that would strengthen the productive capacity of the economy.  This is the position of the Fiscal Responsibility Act.

“Additionally, emphasis should be on concessionary financing, as opposed to commercial debts which are typically very costly.

Also reacting, a professor of Economics at the Olabisi Onabanjo University, Sheriffdeen Tella, said Nigeria’s current debt profile would only put further strain on the economy.

He said, “It (new debt) has worsened the situation because we have been spending over 80 per cent of our revenue on servicing debt. So, the situation has worsened, and you know that the Minister of Finance said that to be able to meet up on subsidy on fuel, they would have to look for more money to do that. The government is always thinking of debt. I really don’t know. The minister actually deserves a medal for debt accumulation.

Tella said it was misleading to consider that the ratio of Nigeria’s debt to the Gross Domestic Product is still relatively low.

“We are not safe because even the IMF and the World Bank have warned us. They have told us that we are borrowing too much. We are not going to look at the ratio of borrowed funds to the GDP; we are going to look at the rate of money borrowed to revenue because we are going to pay back with revenue. We are not going to pay back with the GDP. So, it is the revenue that we need to look at, and now that we are spending about 80 per cent of our revenue to offset debts. The 20% is spent on what? General administration! That is why they owe salaries, pensions. At the end of the day, there is no more for development. There is no money for any other thing.”

Also speaking, the Chief Executive, Economic Associates, Dr Ayo Teriba, said the N39tn figure was not a concern but the cost the country was carrying the debt.

He said, “Nigeria is carrying its debt at probably some of the highest costs in the world; that is inefficient. The problem with the debt stock is not the size. Nigeria’s debt is small relative to other countries’ debt, world average or African average. It is not the size of the debt that matters but the quality of the debt.”