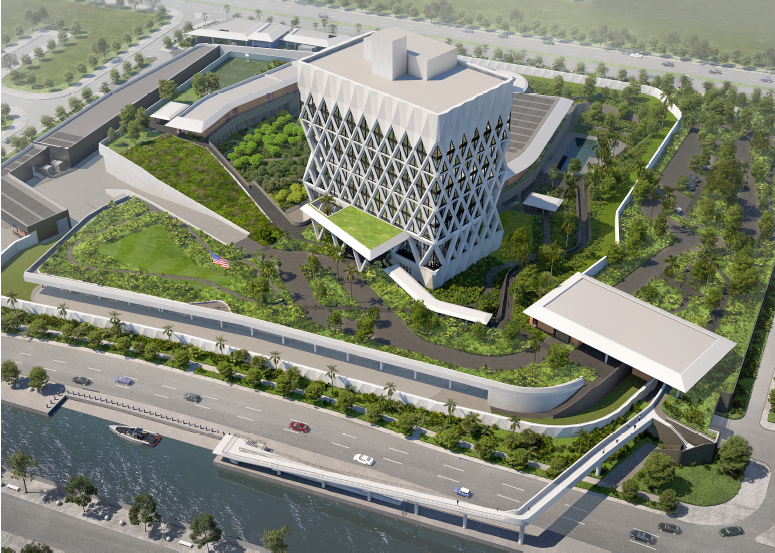 The United States has again reiterated commitment to strengthen its relationship with Nigeria.

The American government noted this at the groundbreaking ceremony for construction of a new Consulate General in Lagos.

The $537million project, located on a 12.2-acre site in Eko Atlantic City, will support diplomatic and commercial relations.

About $95million will be invested in local economy and generate jobs for 2,500 Nigerians including engineers, architects, artisans, construction workers, and administrative staff.

In her remarks, Leonard expressed appreciation to the Government of Nigeria and the Lagos State Government for their support.

The envoy says the vision is to create a facility that honors the vibrant ties between the two nations and “communicates the spirit of American democracy, transparency and openness”.

Pierangelo told the gathering that Nigeria and the U.S. have a long-standing history of people-to-people engagement fostering bridges between our two nations.

“We look forward to the many accomplishments we will continue to achieve together in the future”, the official said.

On completion, the building will be the largest United States consulate in the world.