2023 Presidency: Disquiet In APC Over Jonathan 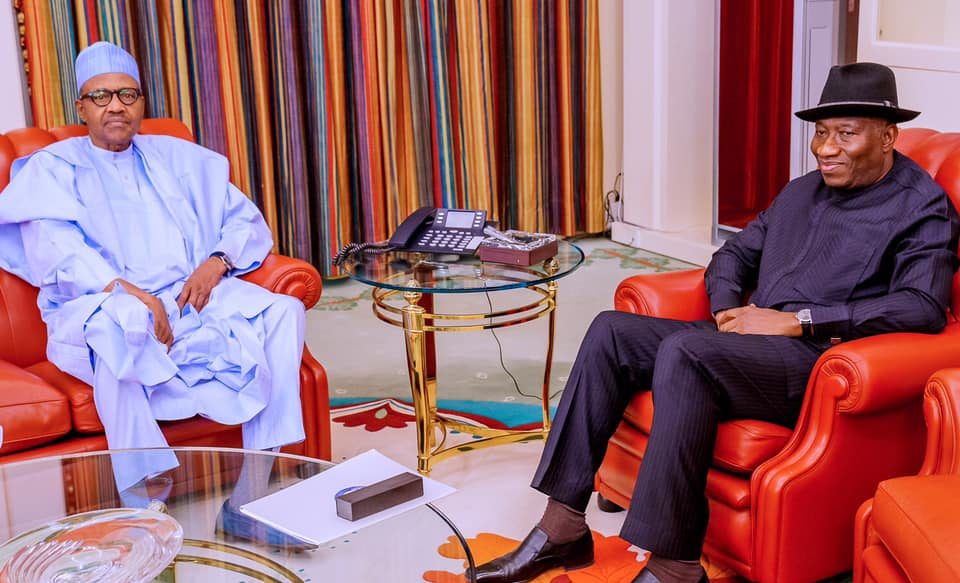 •He Is Not a Member Of Our Party —APC spokesman

There is an uneasy calm in the ruling All Progressives Congress (APC) over renewed activities geared at returning former President Goodluck Jonathan to power at next year’s election.

Jonathan recently commenced consultations with leaders across the country as part of his move to return to the presidency in 2023.

He is expected to make a major declaration on the bid at the end of the ongoing Ramadan fast, Saturday Tribune can report.

All these came to the fore as Jonathan, on Friday, told some youths asking him to run for the presidency that they should “watch out soon” apparently for his next move.

It was confirmed on Friday that emissaries of the former president recently reached out to a former governor in the South-West to sound him out on the Jonathan project.

Also, Jonathan was said to have informed a former president of the country that certain APC leaders wanted him to run as president under the banner of the party in 2023.

A source close to one of the leaders in a chat with Saturday Tribune on Friday described Jonathan as “the next president.”

Credible sources told Saturday Tribune on Friday that some forces in the Buhari presidency as well as “other stakeholders” may have okayed the project.

This is causing concerns in the APC which Jonathan is said to be considering using as the platform for actualising the ambition.

The party has many gladiators already campaigning for its presidential ticket. The relationship between President Buhari and Jonathan has been remarkably warm in recent years.

The attraction for Jonathan is said to be the single term of four years he is constitutionally entitled to if he wins in 2023.

See also  Alao Akala To Be Buried On February 18

A source in one of the groups working for his return told Saturday Tribune that the former president will join the governing APC “anytime soon.”

It was gathered that Jonathan has begun consultations with what the source said, are “critical stakeholders” on his bid to govern the country again from next year.

The source told Saturday Tribune that Jonathan, who spent only six years as president, is being considered “an ideal man to succeed Buhari.”

“Jonathan has been meeting critical stakeholders across the country. I can confirm to you that after the ongoing Ramada fast, he will declare to run for presidency in APC.

“We believe his return will restore peace and trust to the country. The people that went to his office in Abuja to impress it on him to run are few compared to those who are working behind-the-scenes for his return as president,” said the source.

Jonathan’s foot soldiers, particularly those who served in his government, have also been meeting and strategising on how to make the goal a reality.

Jonathan on Friday told supporters pressuring him to declare for the 2023 presidential race to watch out for what will happen soon.

Speaking to scores of persons who besieged his Maitama, Abuja office on Friday to urge him to run, he said he could not immediately tell them if he would join the race.

Amidst the frenzy over his rumoured ambition to use the All Progressives Congress (APC) as vehicle to actualize his comeback bid, the party on Friday disowned Jonathan.

The supporters, who had posters of the former president with different inscriptions calling on him to contest, chanted his name and sang in his praises.

Jonathan, however, called for patience, saying that he could not immediately tell them what he would do.

He said: “I cannot declare because some processes are still ongoing. “Yes, you are calling on me to come and declare for the next election, I cannot tell you I’m declaring. The political process is ongoing; just watch out. The key role you must play is that Nigeria must get somebody that will carry young people along.”

The convener of Youth Compatriot of Nigeria, Mayor Samuel, speaking for the supporters, expressed regret that they were deceived in 2015.

He added: “We were deceived and brainwashed by those who claimed they could do it in 2015.

“Now, we know better. Under Jonathan, the minimum wage could buy one or two bags of rice. What do we have today? We are begging President Jonathan to forgive us, we have realised our mistakes. We want him back to complete what he started.”

Meanwhile, the APC has denied knowledge of the presidential ambition of former President Jonathan. Posters urging the former president and candidate of the erstwhile ruling party in the 2015 general elections to join the 2023 race have since flooded the Federal Capital Territory, (FCT) Abuja.

Saturday Tribune sighted some of the posters at Blantyre Street, Wuse, where the national secretariat of the APC is located.

‘He is not an APC member’

National Publicity Secretary of the APC, Felix Morka, told Saturday Tribune on Friday that he was not aware of the ambition of the former president, noting that Dr Jonathan was not a member of the APC.

“I have no information on that. I don’t know anything about his next political move. So, I can’t comment on that,” he added.

It will be recalled that Yobe State governor and immediate past chairman of the APC Caretaker/Extraordinary Convention Planning Committee, Mai Mala Buni, last year, led a delegation of members of his CECPC and certain governors on a courtesy visit to the former president.

Amidst speculation that Jonathan was trying to dump the PDP for the APC, his aide told journalists that time that the APC governors merely visited the former president to felicitate him on the occasion of his birthday.

The convener of Youth Compatriot of Nigeria, who led Friday’s call on Jonathan to run, Mr Samuel, said he and the other supporters of Dr Jonathan were out in their numbers to seek the former president’s forgiveness.

He claimed that they were deceived to believe that his administration was incompetent.

“We are here to call on our former president. Nigeria is in a state of no return, it is comatose. That is why we are here calling on you to declare.

“All we need is a leader that will not discriminate, a Nigerian that will work for the South-South, South-East, South-West and the North.

“The Transformation agenda was working until the saboteurs came to deceive us, to brainwash us. Now we have realised that those that deceived us are empty and have nothing to offer.

Earlier in the year, a group crusading power shift to the South and known as Forward Nigeria, had called on Jonathan to join APC and run as president.

In a statement by its coordinator, Idowu Jinadu, the group said “APC is sure bet for the former President Jonathan and apart from having a solid relationship with President Muhammadu Buhari, he would be a better alternative to those jostling to succeed Buhari.”