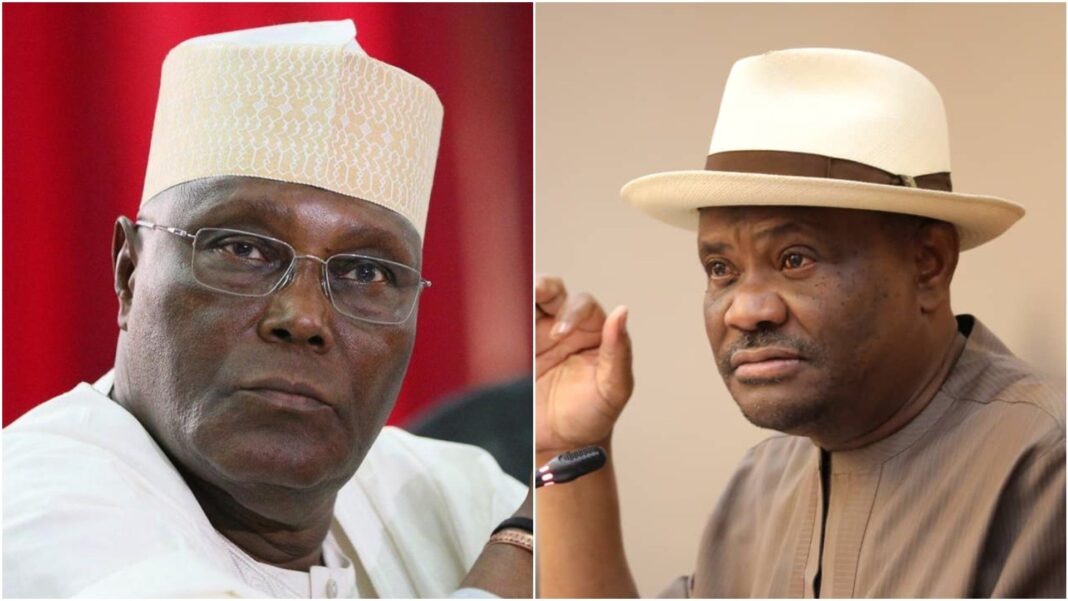 The crisis rocking the Peoples Democratic Party (PDP) appears to be far from over as the national chairman, Dr Iyorchia Ayu, yesterday said he will not resign his position, insisting that he has a four-year term to serve.

Ayu’s stance may complicate the peace process in the party as the Rivers State Governor Nyesom Wike’s side in the dispute are said to be insisting that Ayu must step down as party chairman in favour of a southerner following the emergence of Atiku Abubakar as the PDP presidential candidate.

Yesterday, Ayu also refuted claims that he submitted a resignation to former Senate President David Mark, adding that he can only tender his resignation letter to the deputy chairman (North) as provided for in Section 45 (i and ii) of the PDP constitution.

The PDP national chairman was reacting to stories in the news media that he had resigned his position and that his resignation letter was with former Senate President David Mark.

“We state, with all emphasis, that this story is, in its entirety, false, baseless, reckless, inaccurate, and a complete work of fiction. If there is such a resignation, it exists only in the imagination of those who have made themselves available for hatchet jobs.

“If Dr. Ayu had resigned, he would have given his resignation letter to the deputy chairman (North), not Senator Mark. Section 45 (i and ii) of the party’s constitution is clear on this,” he said, pointing out that Mark was not even a member of the party’s National Working Committee (NWC).

He expressed surprise that such falsehood could be published in the mainstream media.

“But the fact remains that those who have been procured to write falsehoods against the national chairman and those sponsoring the same are investing in expensive illusions.

“The national chairman is on a crucial assignment: to lead the PDP on a historic rescue mission, come February 2023. And he will not be deterred or distracted by media terrorism or political blackmail.

“We restate, therefore, that the PDP national chairman, Dr. Iyorchia Ayu, has not resigned and has no plan of resigning. For clarity and emphasis, he was elected for a tenure of four years,” the media aide said.

He quoted Sections 45 and 47 of the PDP Constitution which stipulate provisions for the removal and/or resignation of the national chairman, and advised not conversant with them to “get copies of the party’s constitution for more information on the matter.”

Consequently, he urged PDP members and the general public to ignore any stories of such a phantom resignation.

Wike has been aggrieved with the PDP since the party’s presidential primary after he lost to Atiku and was also overlooked for vice presidential candidate in favour of Delta State Governor Ifeanyi Okowa.

Meanwhile, effort by leaders of the PDP to reconcile Rivers State Governor Nyesom Ezenwo Wike and the party’s presidential candidate, Alhaji Atiku Abubakar, suffered a setback as it could not hold on Friday as scheduled.

Wike is aggrieved with the PDP after he lost to Atiku in the presidential primary and was overlooked as the party’s vice presidential candidate in favour of Delta State Governor Ifeanyi Okowa.

The leadership of the party had set up a reconciliatory meeting between the two camps, which was scheduled to hold in Abuja, yesterday.

Those that were expected at the meeting from Wike’s camp include former Attorney-General of the Federation and Minister of Justice, Bello Adoke; former Minister of Information, Professor Jerry Gana as well as former Governors Donald Duke, Olusegun Mimiko, and Ibrahim Dankwambo, amongst others.

A source close to Rivers State Government House, Port Harcourt, who confirmed the shift in the date of the reconciliatory meeting, said it was due to engagements by Wike and Fintiri.

The source said: “Governor Fintiri is holding a programme for Atiku in Adamawa. The meeting is supposed to be held in Abuja, but most of those attending the meeting are in Port Harcourt for Dr. Peter Odili’s birthday. So, the meeting has been rescheduled for Friday but it will still be held in Abuja.”